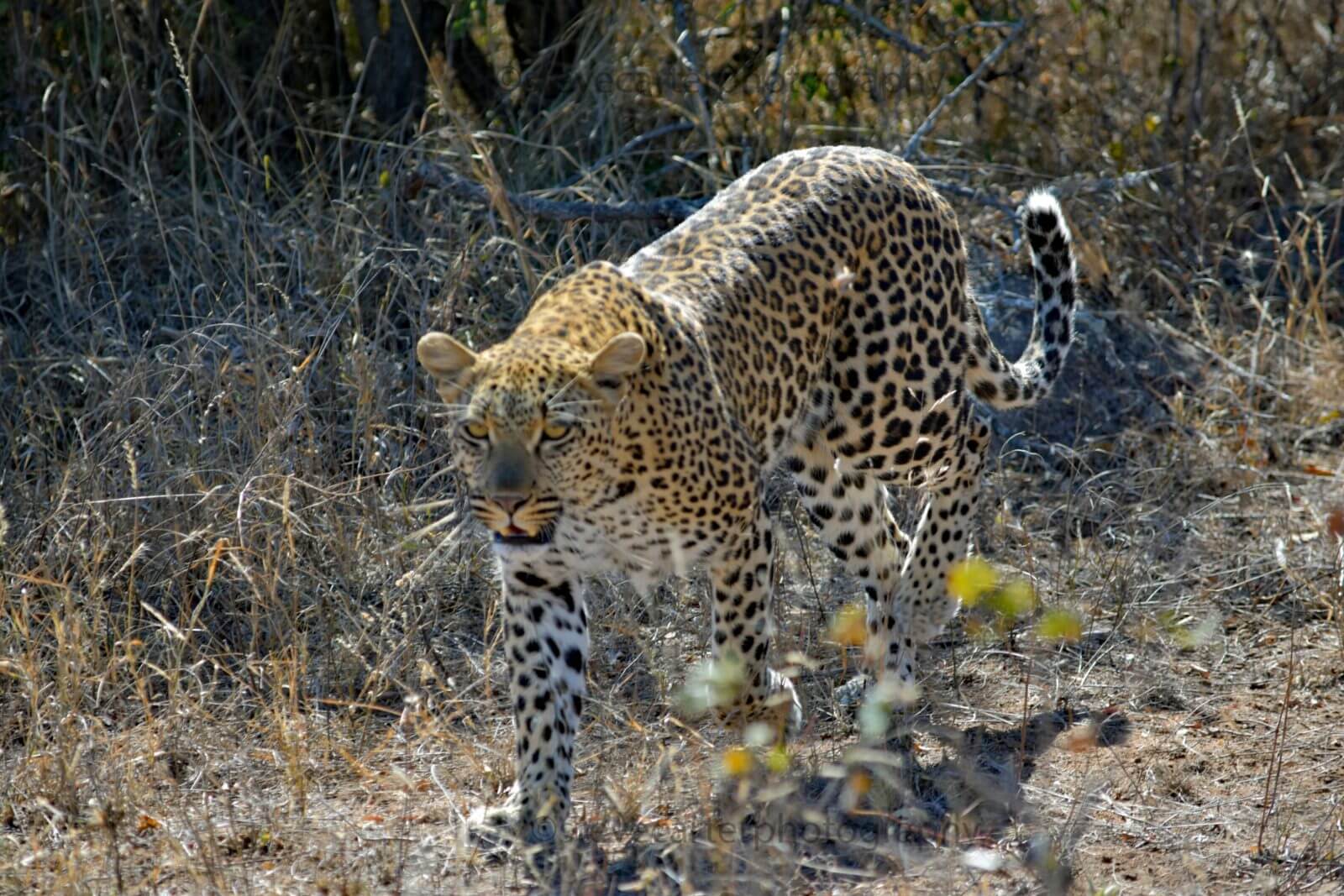 November 20, 2017 Other 30 Comments
This guest post on Kruger National Park has been written by Sarah Carter, one half of Mr & Mrs Carter On Tour - a couple in their late thirties who are currently travelling the world with their backpacks until the money runs out. At the beginning of 2017 Sarah & her husband, Steve gave up their jobs, put their stuff in storage, and gave the cat to Sarah sister. They left the UK & embarked on a 1-year backpacking trip.  They love wildlife, culture, historical sites, and having a good party.

There are so many National Parks in Africa where you can see some amazing wildlife. The choice is bewildering. However, Kruger remains one of the premier destinations and here’s why.

Everyone who goes on Safari wants to see the Big 5 – Elephants, Lions, Leopards, Buffalo, Rhino. Elephants and Buffalo are pretty easy to spot in almost all Games Reserves. Lions are everywhere, but often out of sight so you may only get to see them from afar. In some parks, there are hundreds of Rhinos, and in others, they are few and far between. But there are no parks where you are guaranteed to see Leopards. They are elusive, they blend in, and there aren’t that many of them – less than 1000 in the whole of Kruger National Park - which is roughly the same size as Wales.

Kruger was our last Game drive of our 6 week Africa tour. A bunch of people had joined for the last week, specifically to go to Kruger. Based on our experiences of other Game reserves, the rest of us were a little concerned they might not see anything in our single day of game driving. How wrong we were!

Like all game drives, we were up before dawn and on our way from Hazyview to the Phabeni Gate – our gateway to Kruger National Park. The sun was barely up before we saw our first of the Big 5. I told you Buffalo were easy to spot. In this case, it was pretty difficult to miss them! They make the most effective roadblock. 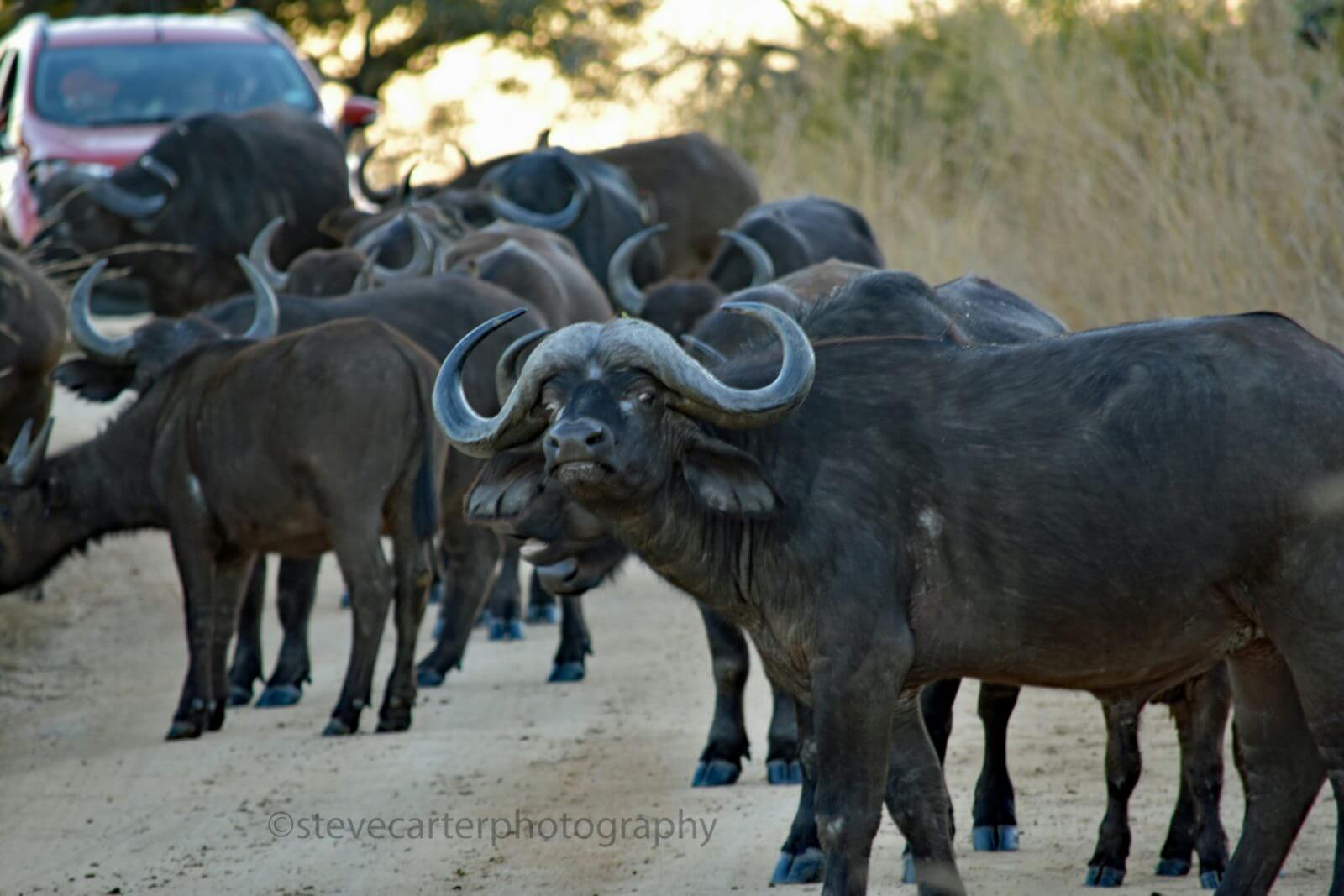 We even got treated to a little floor show. 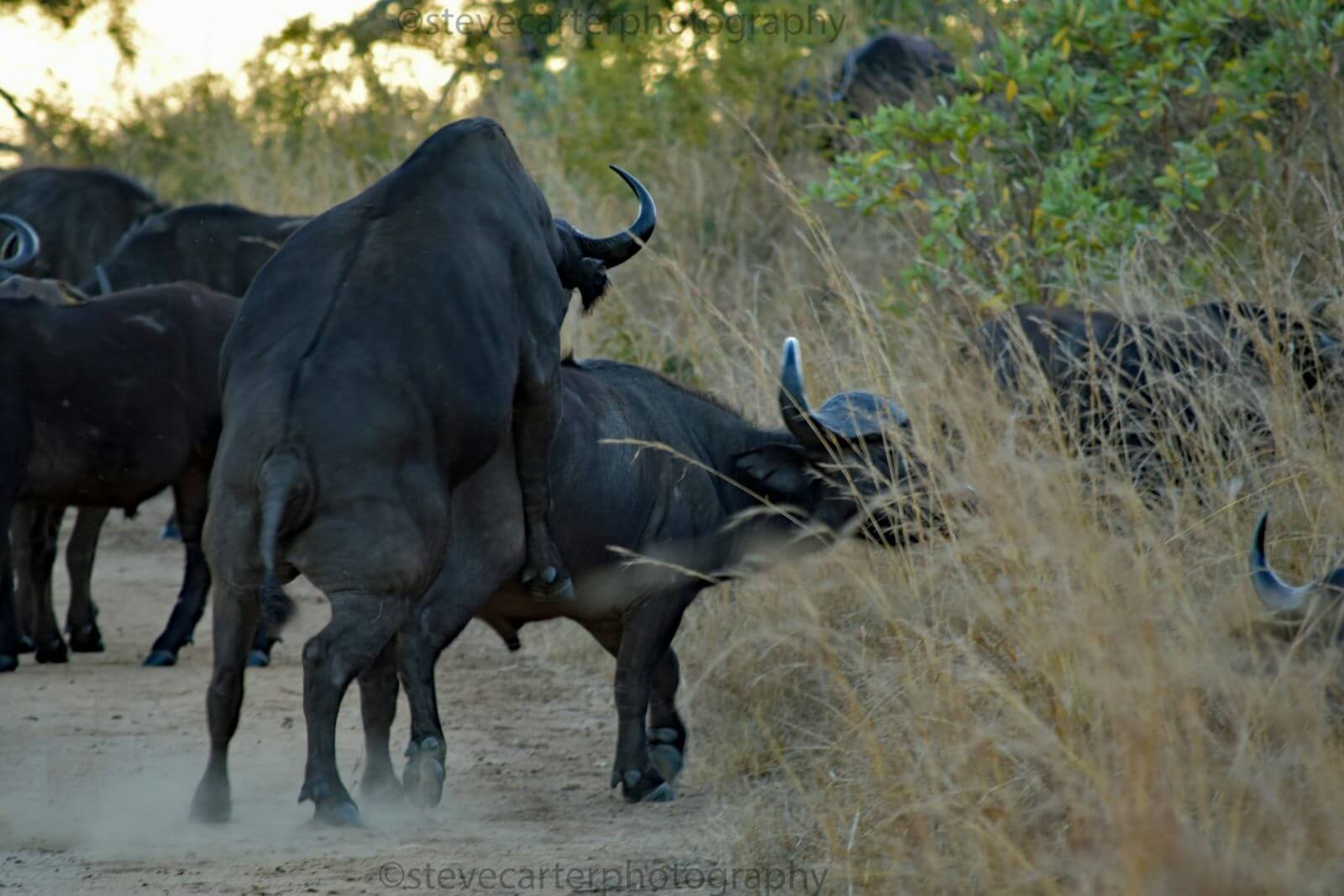 20 minutes later we saw our first of 3 Elephant families, complete with young. Is there anything more cute than a baby elephant? Especially one trying to act all macho in front of its mates. This one took particular exception to our truck and was adamant that we needed to keep off his manor. You don’t argue with an elephant, not even a baby one. 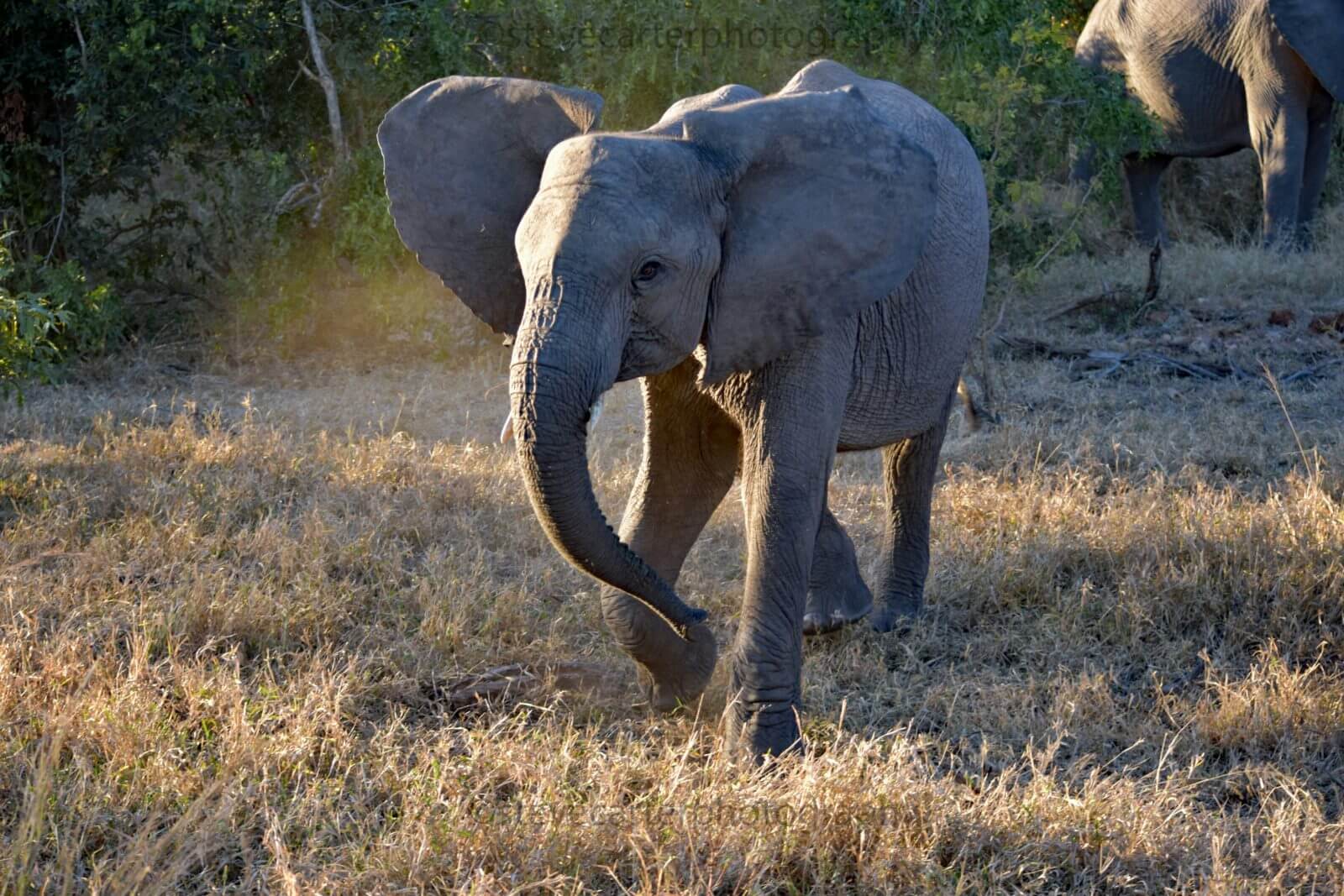 A quiet hour passed after this until we saw the Honey badger. Our guide told us he’d only seen 2 before. He also told us they are crazy and we should keep well away. Cool fact about Honey badgers; their skin is deliberately loose to allow them to wriggle away from predators that catch them. If you have half an hour to kill, google Honey badger and have a look at how crazy & plucky they are when confronted with lions 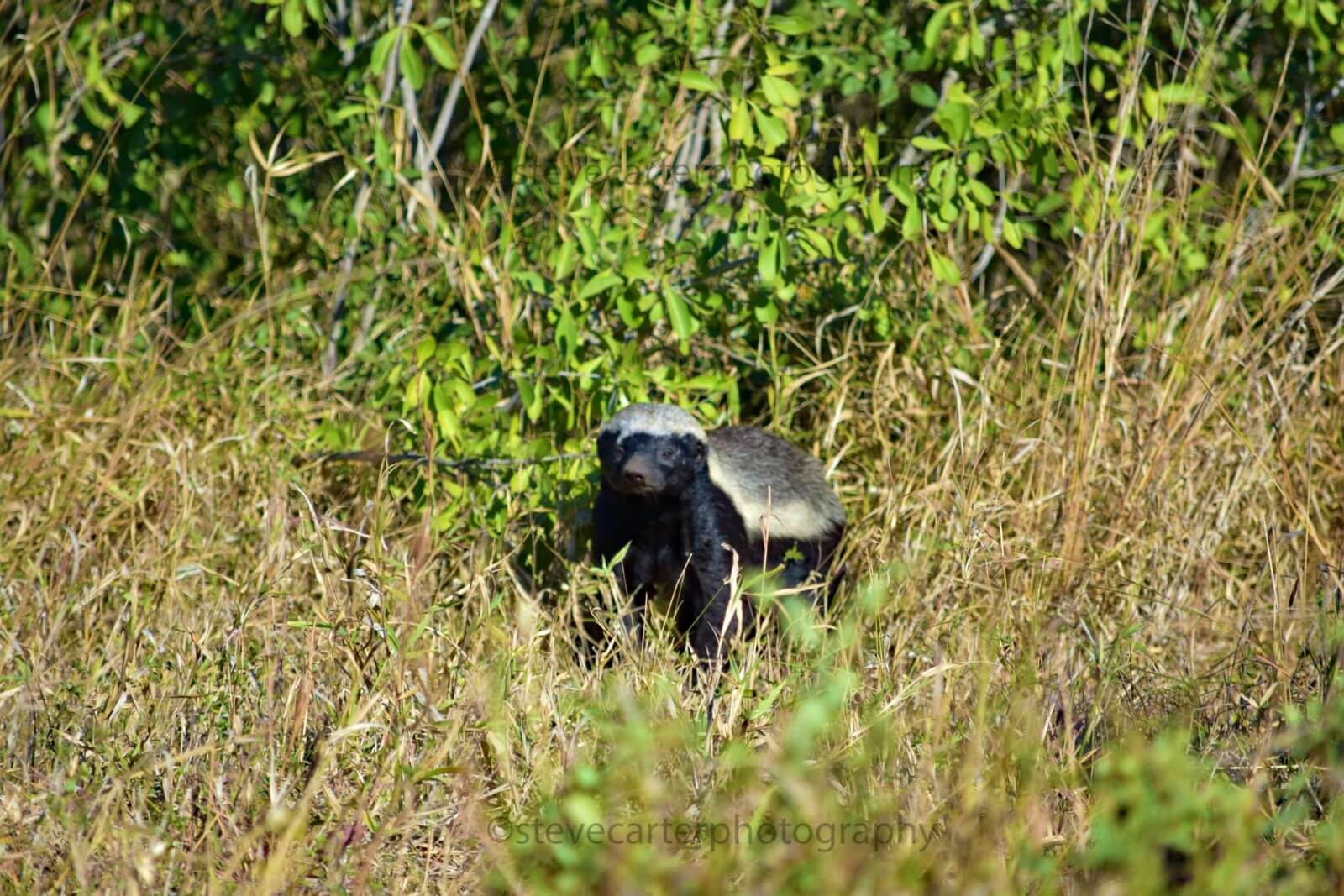 After a stop for breakfast, we were in for a real treat. Rhinos were around and we spent 15 minutes checking out these two before we got the call that resulted in a mad dash. 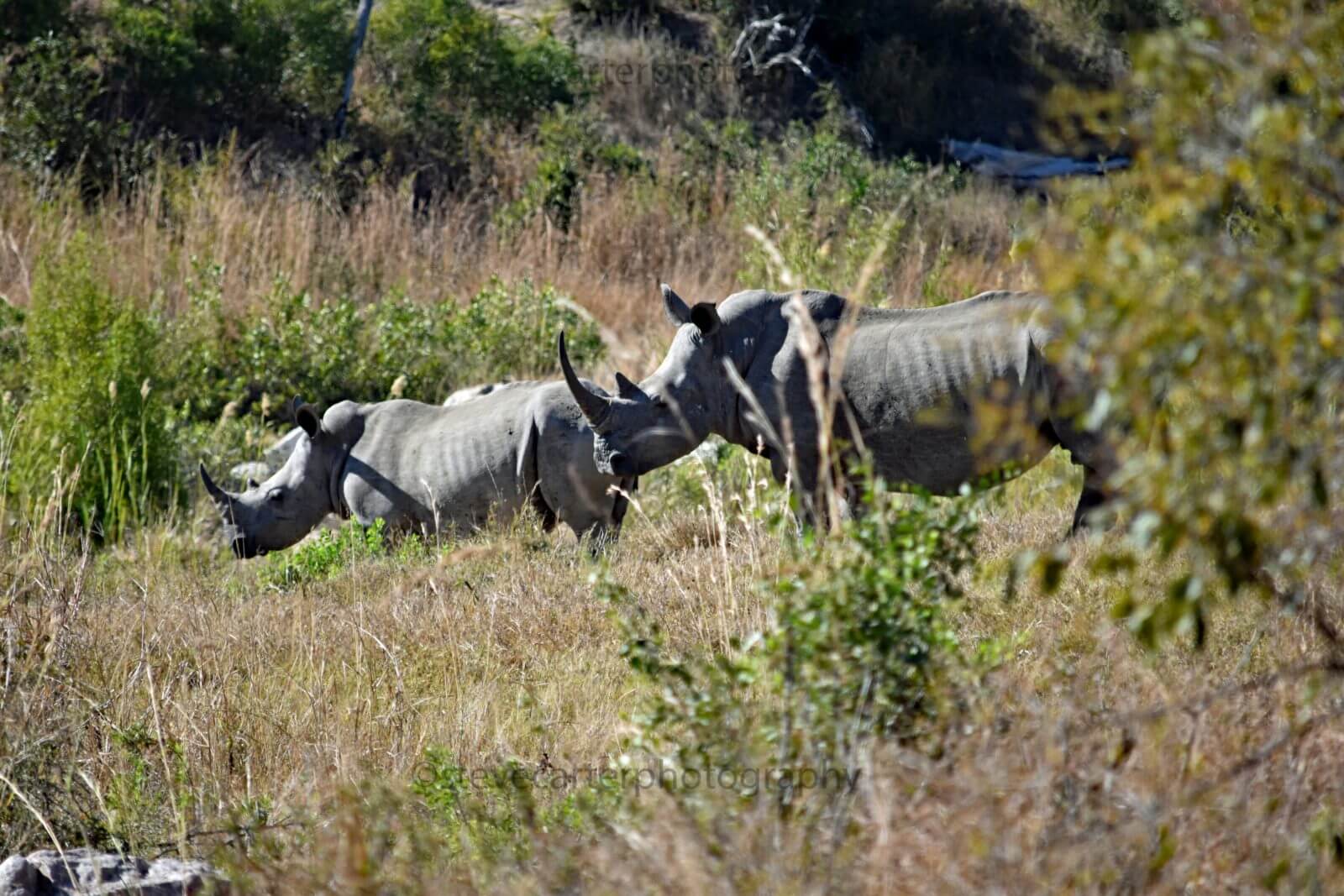 Game drives can be super boring. They are usually 45% staring at the bushes trying to see game & seeing nothing, 30% thinking you’ve seen something only to find out its yet another Zebra (sorry Zebra, but after the 1st hundred, you get kinda dull), & 20% thinking it’s the best day of your life as you see natures finest beasts. The other 5% is taken up by the most exhilarating chase when your guide gets a call that something cool is near.

The excitement builds, even amongst those of you who have seen it all before. In fact, sometimes the fact you’ve seen it all before makes it even more exciting. You know that there is likely something really really cool at the end of said mad dash. It is an indescribable feeling.

I remember how excited we all were. We all knew something big was coming. Our guide, like all good guides, did not get our hopes up. Our excitement and his discretion were instantly rewarded. This right here, is what we saw.

Not just a leopard, but a leopard on the hunt. Out in the open. Not hiding away like they usually do. It walked right in front of our truck. Unfortunately, we didn’t get to see it take anything down – but getting this close was super cool.

By 11 am we were all emotionally drained, but the morning had one last treat in store for us. Because what’s the perfect game drive without Lions? This pride were just chilling on a rock like you do. 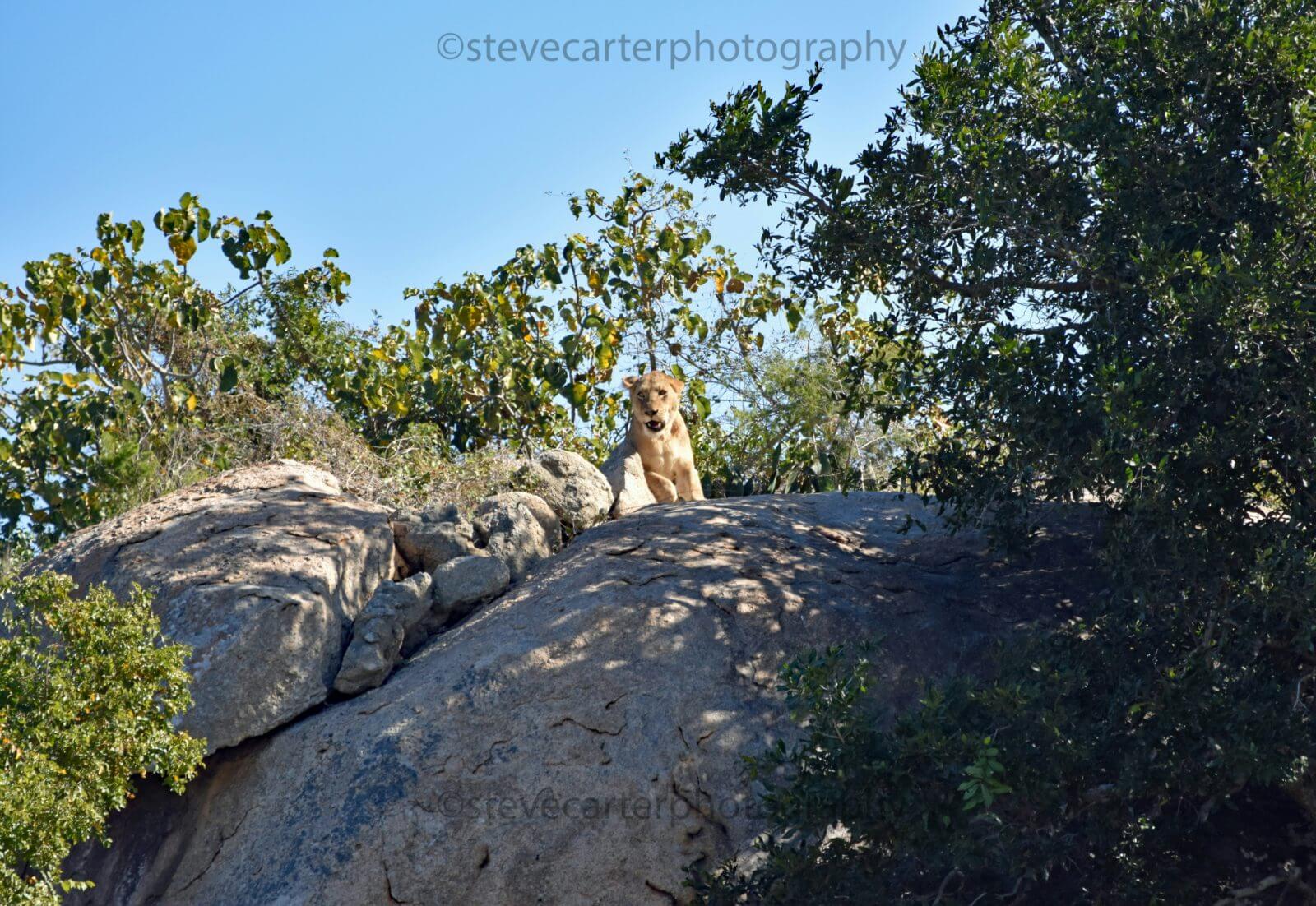 You can see all of these animals in other Game reserves across Africa. But in 8 solid weeks of safaris in the last 15 years, this is the first time we’ve seen all the Big 5 in one day. If you are short on time & looking for a game reserve where your Game viewing is maximised, look no further than Kruger National Park.

We went to Kruger as part of Acacia Africa’s 46 days Nairobi to Johannesburg Overland tour. We did not get any discounts to endorse their products. We would however absolutely recommend them for your Africa adventure.

Camping in the Rain: 5 Things You Need to Know
How to ace your first Gold Coast Adventure
8 best winter destinations in Europe

30 thoughts on “How to see the Big 5 in one day: Kruger National Park”