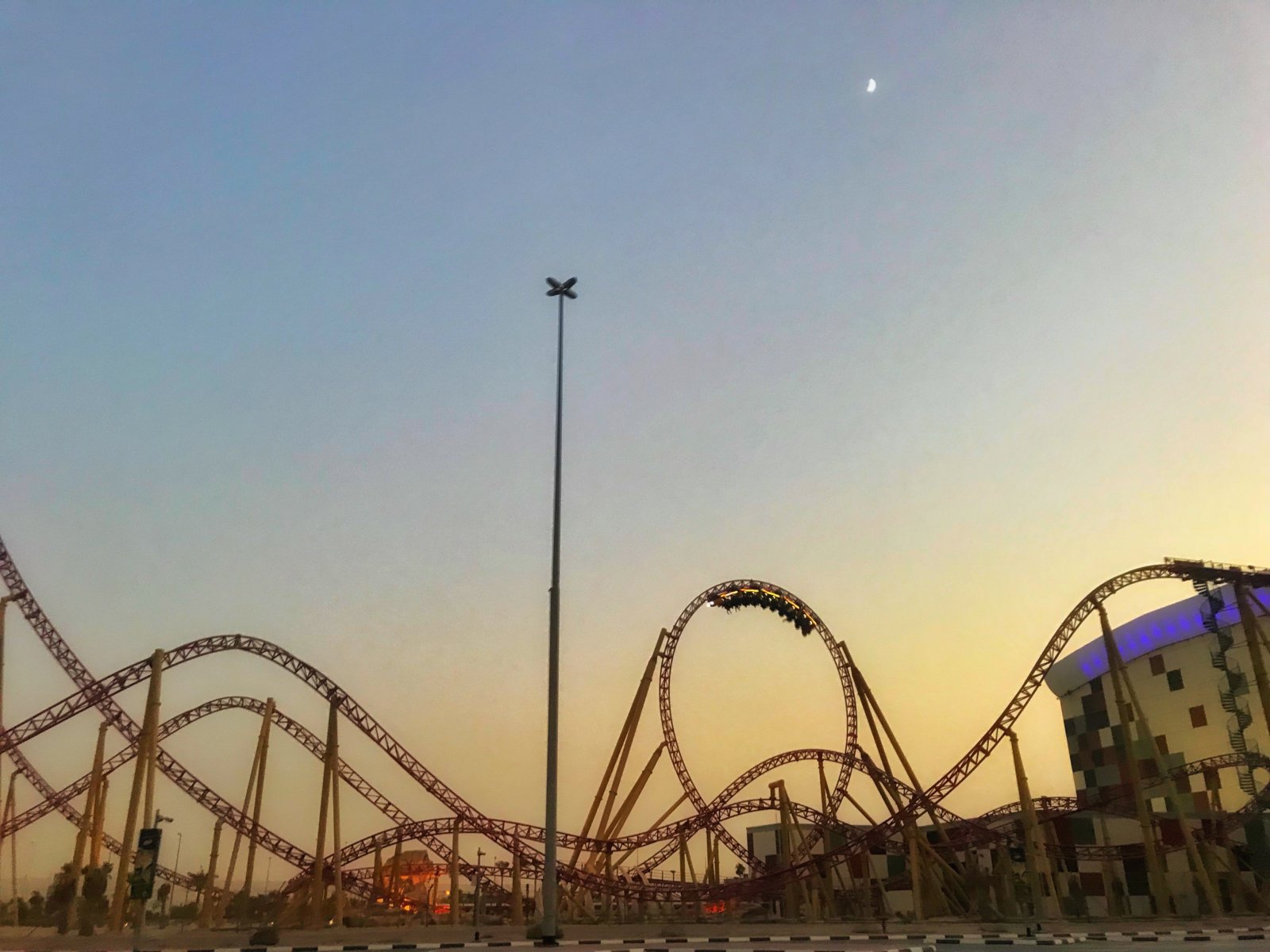 When IMG Worlds of Adventure opened a couple of years ago, it was one of the first in the line of the amusement park boom in Dubai. Until 2016, the United Arab Emirates could boast only of one amusement park - Ferrari World, which till date remains one of the most popular. Apart from that, a few waterparks were what came the closest to family entertainment destinations.

IMG Worlds of Adventure was at that time the largest indoor theme park in the world (a coveted title that is now disputed by the newly opened Warner Bros Abu Dhabi). Dubai Parks and Resort's Motiongate Themepark and Legoland followed suit but these are not completely indoor and air-conditioned, like IMG Worlds of Adventure, a feature that works in their favour and against them at the same time.

Being a completely indoor, air-conditioned themepark, IMG Worlds of Adventure gets limited when it comes to the thrilling and adventurous rides. However, it makes up for it in virtual 3D experiences and theatrical entertainment. Having said that, there are several rides that can be classified as only for the daring, and definitely not for those afflicted by motion sickness!

Located a little far (but still not as much as Dubai Parks and Resorts) from Dubai's city centre and bustling locales, IMG Worlds of Adventure spread across 1.5 million square feet. 2 years after its opening, it looks like the owners have lost interest in making it look exciting, the logo outside seems to have caught dust and the feeling of entering a ghost building creeps up on you when you look at it from the outside. A spiralling, entwining roller coaster juts out from one end, with loud screams that can be heard, and you can be sure that this is the best and most thrilling ride you'll get to experience in this theme park. 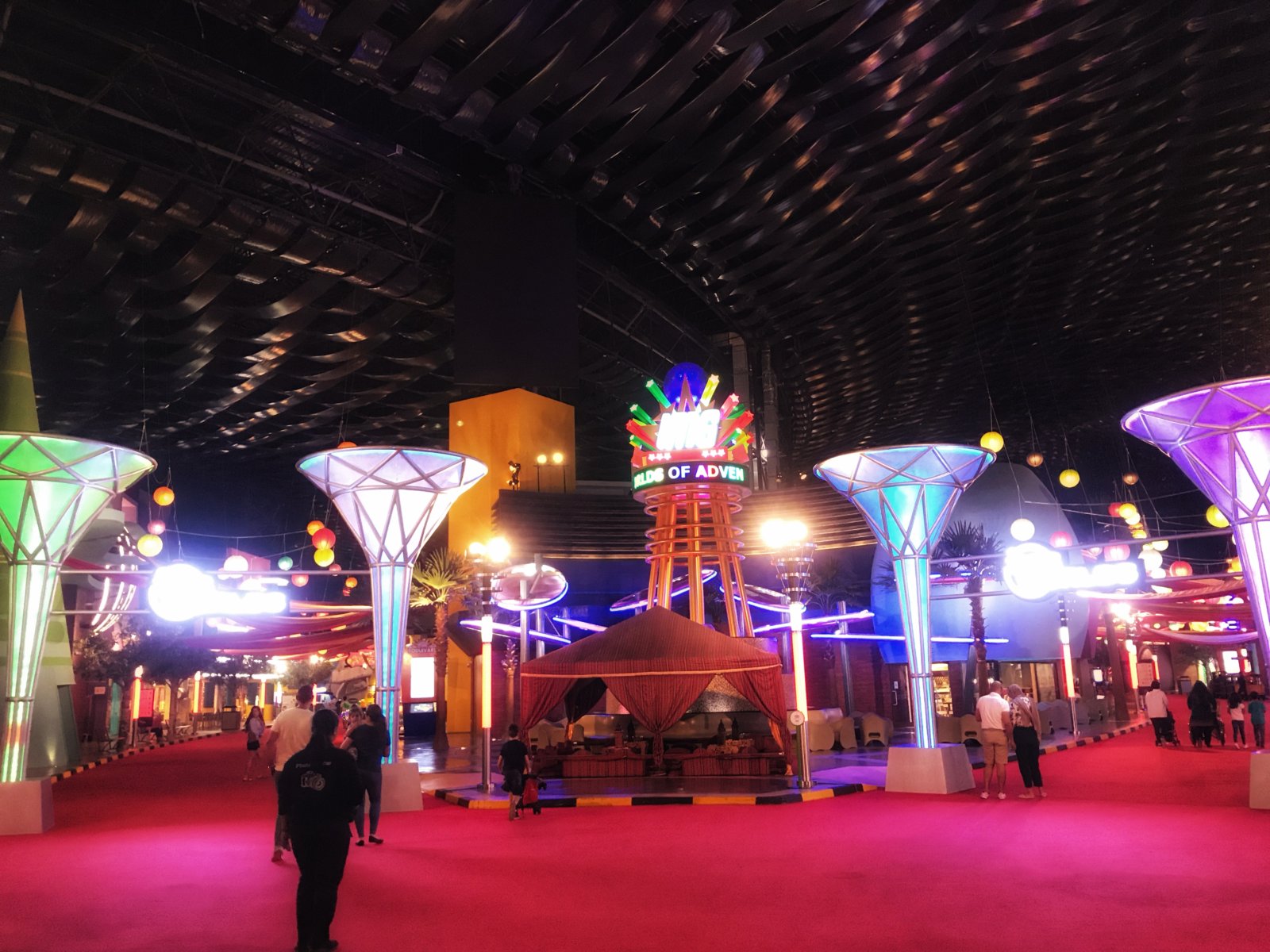 A tired looking exterior is contrasted with a beautifully lit interior, with alleys and lanes making you feel like you're walking through a magical, artificial cartoon world. You'll probably not find the place too crowded (I visited on a weekend and there were almost no queues) and this is a great thing because unlike many other theme parks, you won't need a lot of time to do all the rides here. IMG Worlds of Adventure offers 4 main zones: Marvel Comics, Cartoon Network, Lost Valley Dinosaur Adventure and IMG Boulevard.

If you're here with little kids, Cartoon Network is without a doubt the place to begin, with rides themed around Powerpuff Girls, Ben10 and Gumball. Marvel Zone is where you'll find your favourite superheroes - The Avengers. Lost Valley focuses on dinosaur themed rides and IMG Boulevard has the most overrated and under-performing experience in my opinion - The Haunted Hotel. 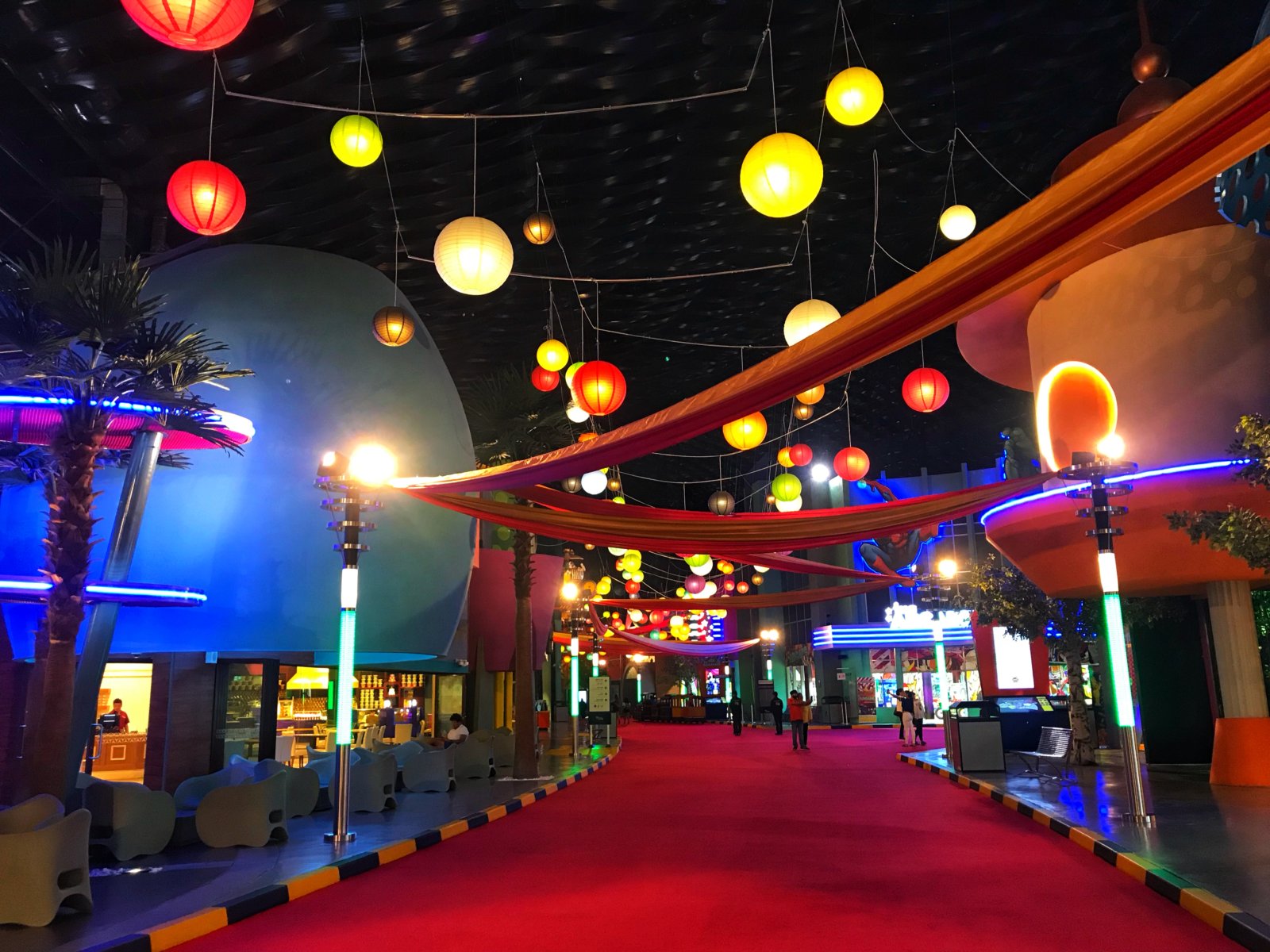 In comparison to Cartoon Junction at Warner Bros, the Cartoon Network zone in IMG Worlds of Adventure had newer generation cartoons such as Powerpuff Girls and Ben 10 vs the older generation, all-time favourites such as Tom & Jerry, Daffy Duck and Bug Bunny. For the younger kids these days, this might be more attractive but for the older generation (read: me), it might a little hard to relate to these cartoon characters.

Nevertheless, this zone features on more relaxed and lazy rides such as The Ride of OOO with Finn & Jake, a slow-moving cart that soars high above the Cartoon Network zone and takes you through various kingdoms. If you're looking for a little excitement, Mojo Jojo’s Robot Rampage is an unpredictable ride that looks like it would be a simple carousel until it starts spinning 180 degrees, not for the faint-hearted! 3D animation and virtual experience lovers should head to Ben 10 5D Hero Time while those looking for a competitive ride should try The Amazing Ride of Gumball, where they can shoot (rather, zap) with lasers the 'dangerous' objects.

If you're not with little kids, you might as well skip this zone altogether. Apart from Mojo Jojo’s Robot Rampage, none of the rides is worth spending your time on!

Click to read 10 day trips from Dubai worth taking.

Two exciting rides are available in this zone, which is also a favourite of superhero lovers. Some 360-degree immersive 3D experiences such as Avengers Battle of Ultron fail to impress (the effects just didn't live up to the state-of-the-art experiences that are available these days) and the story seemed never-ending. To make things worse, the ride stopped functioning due to a technical glitch in the middle and we were strapped in our seats for what seemed like eternity. 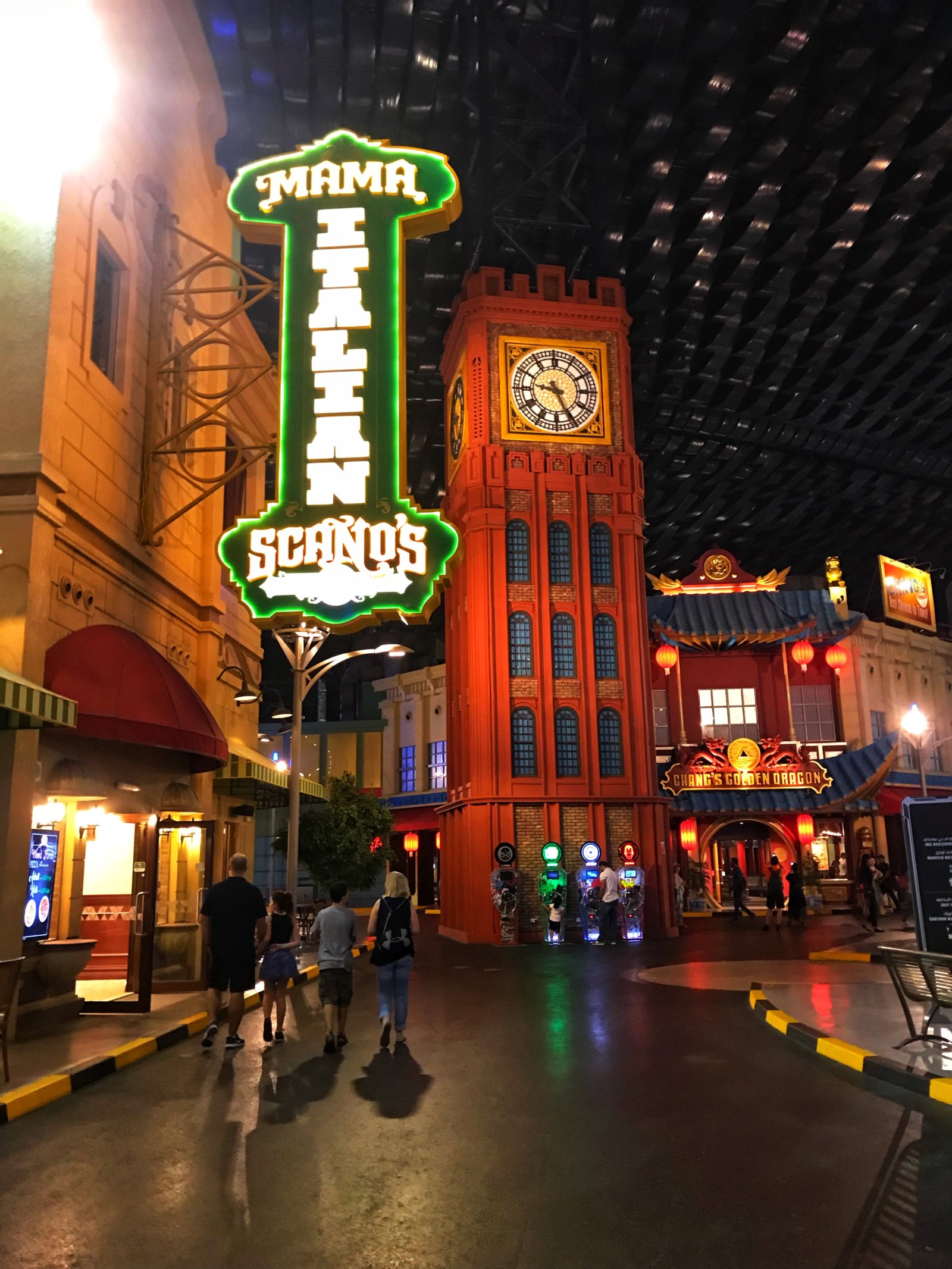 However, Spider-Man Doc Ock’s Revenge is an average thrill, in-the-dark roller coaster which lasts for a really short period of time but nevertheless, provides a few tingles as does Thor Thunder Spin, one of the few dizzying rides in the themepark that is bound to give you tickles in the tummy but only if you don't have motion sickness and a strong stomach!

Click to read 7 seriously cool places to hang out in Dubai.

IMG Worlds of Adventure has two very cool rollercoasters - one that is a long, winding, twisting one and the only ride that is outdoor and the other smaller one, which has a drop that almost seems like a 90-degree angle! Both these roller coasters are in the Lost Valley. 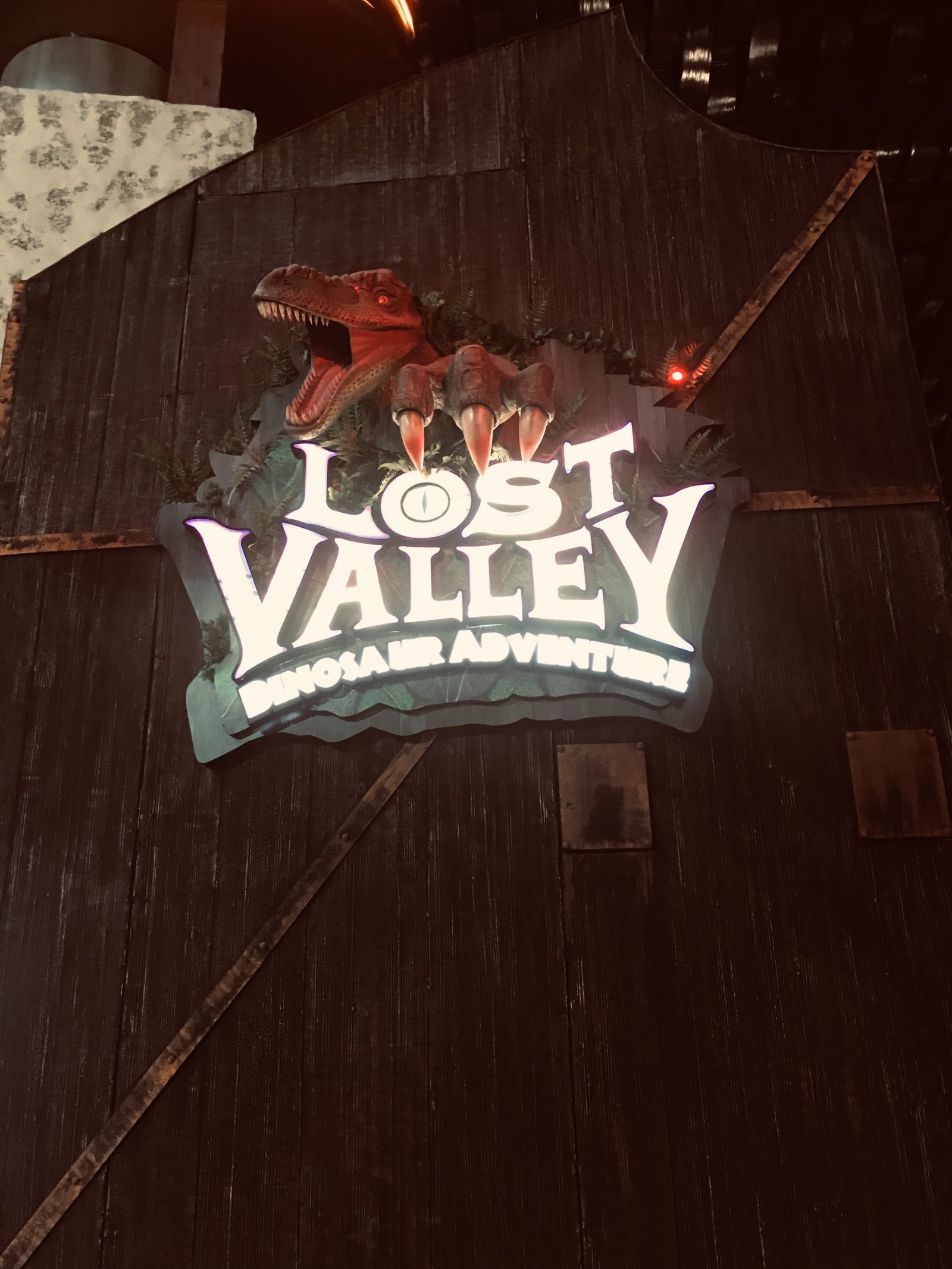 The Velociraptor was undoubtedly my favourite ride in all of IMG Worlds of Adventure - I am a thrill lover and roller coasters make me weak in my knees. This one starts from indoors and then, with a whoosh, takes you outside and the next 2 minutes are bound to be full of screams, twists and turns, and a lot of tickles!

Predator was the second-best ride in IMG Worlds of Adventure. An indoor roller coaster, this one features a heart-stopping vertical drop, and although it lasts barely a minute with the drop being the only moment of exhilaration, it definitely was worth the wait.

For the younger ones, The Adventure Fortress is a good place to spend some time being active - with rope bridges, tunnels, ladders, and slides.

Click to read 15 amazing things you can do for FREE in Dubai.

With mostly restaurants and retail outlets, the only attraction in this area is the controversially popular The Haunted Hotel.

I had heard such great reviews about this ride - especially from people who said that they were so scared, they were literally peeing in their pants - that I was super excited to go there! Unlike most other rides, this one had a long queue but it seemed like it'd be totally worth the wait. A spooky walk-through experience that promises (but fails to deliver) a nerve-racking 15 minutes of terror, although the interiors were done really nicely (wrapped dead carcasses hanging from the ceiling, bloody objects and characters), there was not a single moment of spine-chilling, hair-raising spookiness in the entire walk-through! It couldn't even garner a scream from anyone. 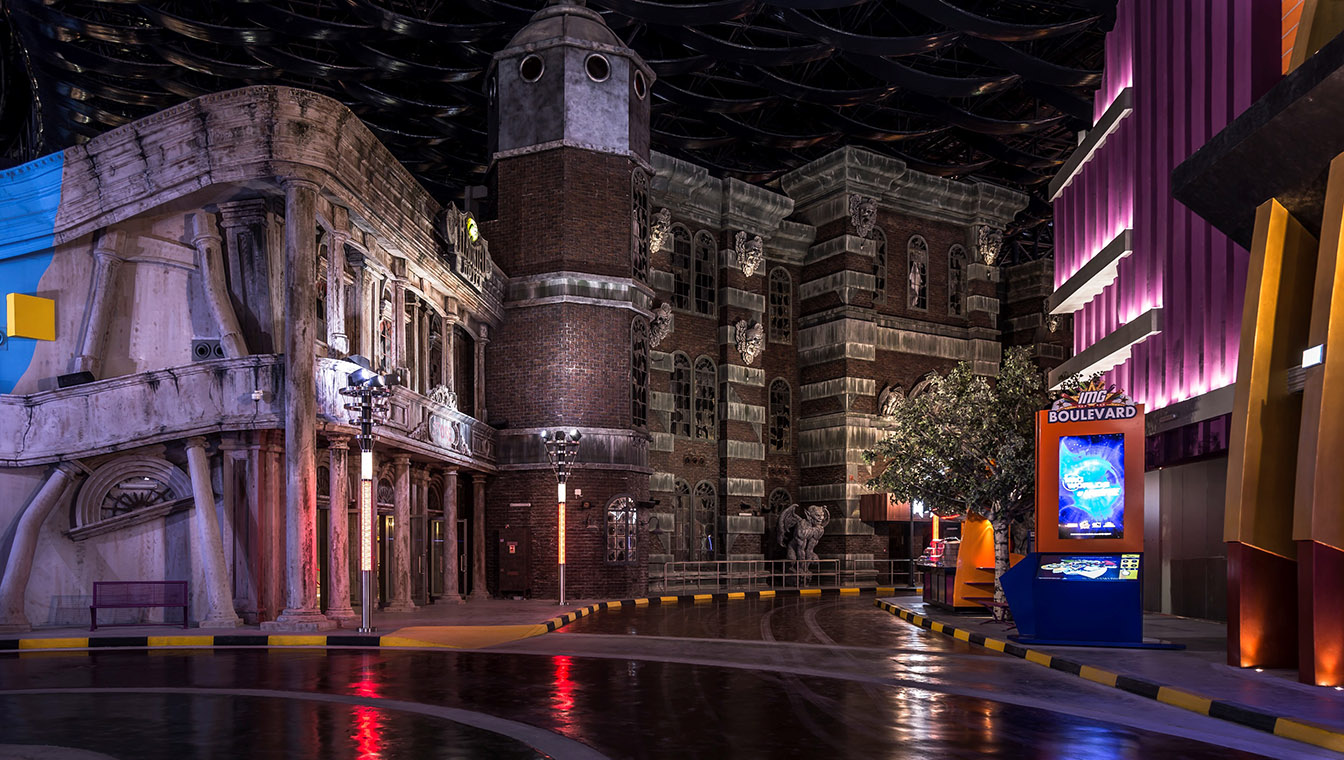 IMG Worlds of Adventure theme park might be one of the options if you're a Marvel or Cartoon Network fan, visiting Dubai with little kids or teenagers, during the hot summer months when you would rather be in an air-conditioned space than outdoors in the sweltering heat. Even for theme park enthusiasts, this place doesn't really cut it. They seem to have focussed on their Food & Beverage offerings more than the quality of the rides, maintaining the excitement through character meets & greets or even engaging experiences. The place looks tired and lacks the vibrancy one expects from an entertainment destination or amusement park. 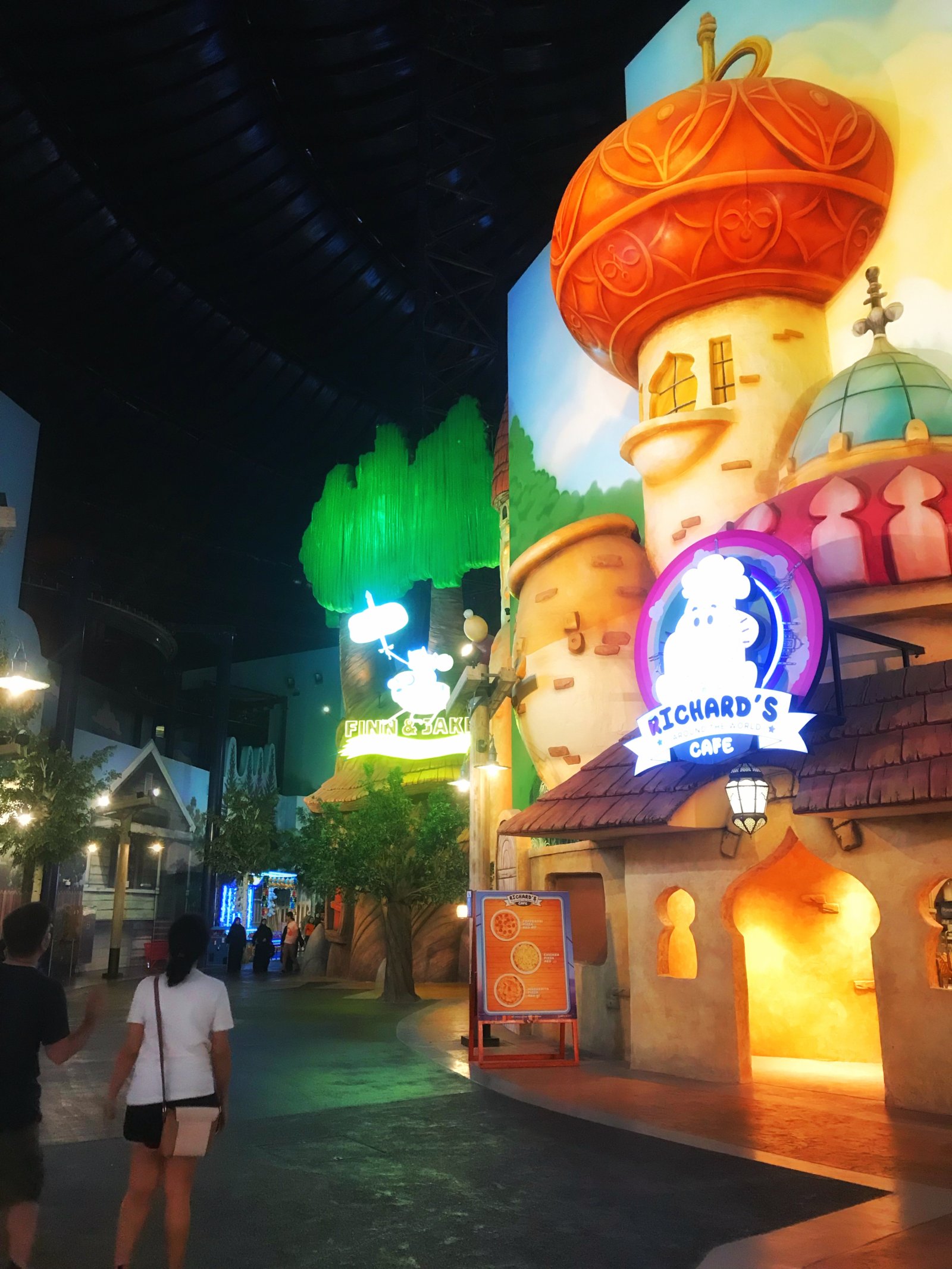 You can book your accommodation in Dubai here.