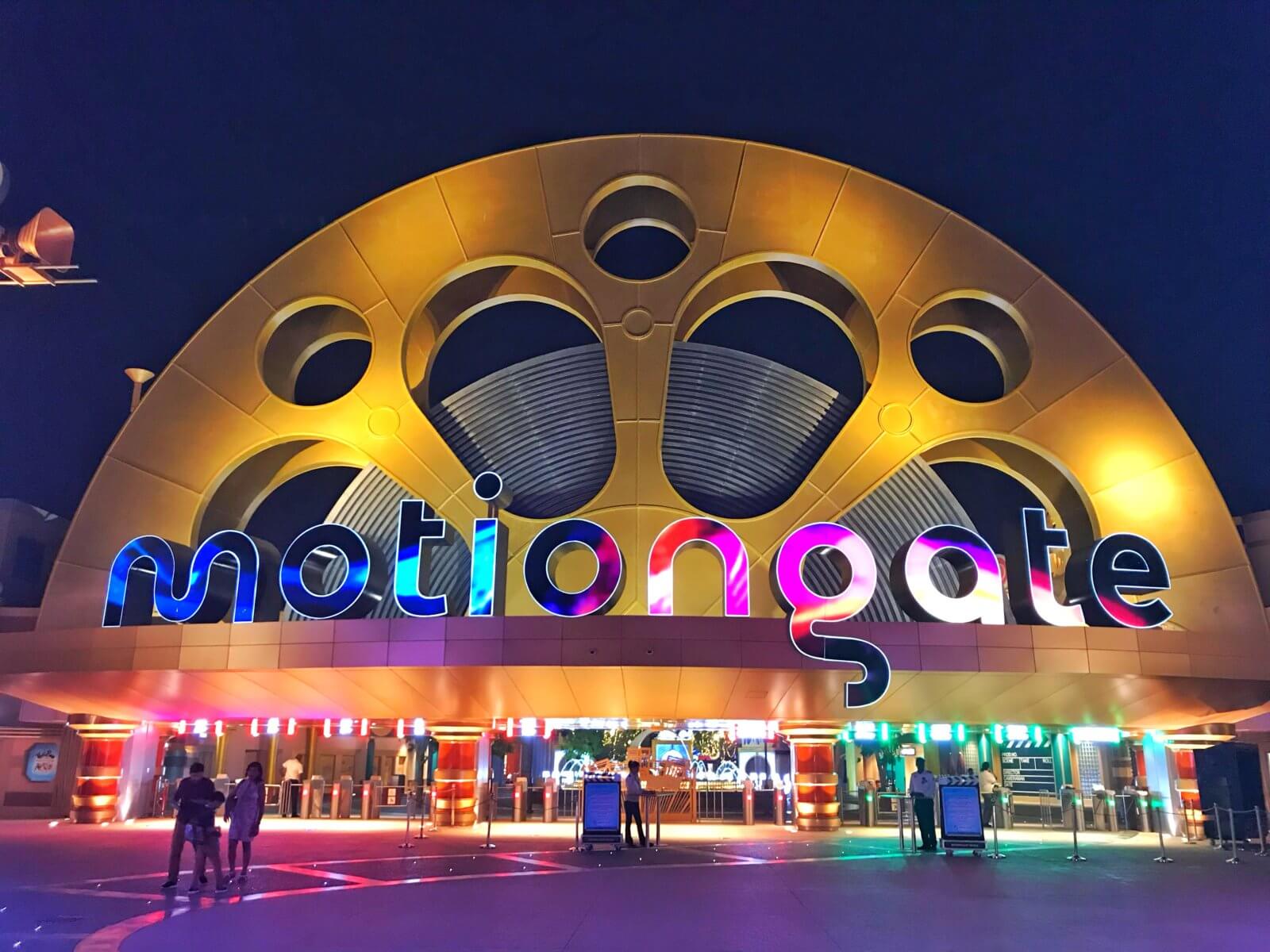 Motiongate Dubai Themepark is a part of Dubai Parks and Resorts, which opened in 2016 in Dubai, thereby starting a trend of new theme parks that began springing up in the city, one after the other. Before 2016, the UAE had very few theme parks to boast about - Ferrari World, which till date remains the most iconic in my opinion, and a few waterparks such as Aquaventure and Wild Wadi Waterworld. The biggest strength (and also the biggest weakness at the same time) of Dubai Parks and Resorts is that the parks are in the open, which makes it very difficult to explore during the hot and humid summer. Several other theme parks such as Warner Bros Abu Dhabi and IMG Worlds of Adventure are indoor, fully air-conditioned areas which can be visited any time during the year but being in a closed space also limits the level of excitement and adventure to a great extent. This is why, apart from Ferrari World and it's amazing roller coasters, Motiongate Dubai is my favourite theme park in the UAE. 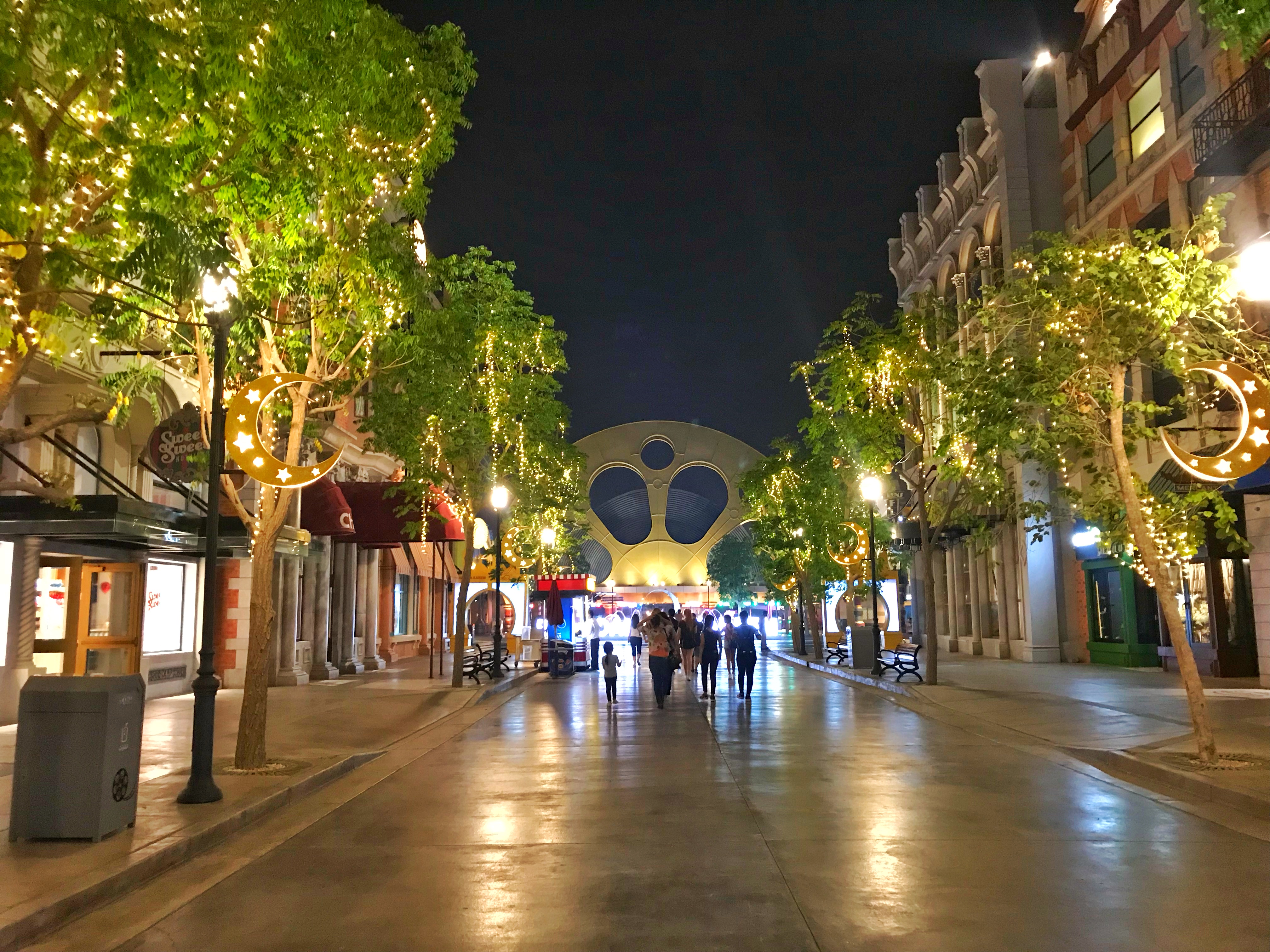 Dubai Parks and Resorts comprise of four main theme parks - Bollywood Parks, Legoland Dubai, Legoland Waterpark (both meant mostly for children in the age group 4 - 12 years) and Motiongate Themepark, which has an appeal to a larger audience - with some really good rides which adults will love as much as children!

If you're planning your visit to the UAE, do read up on What You Must Know Before Travelling to the UAE. 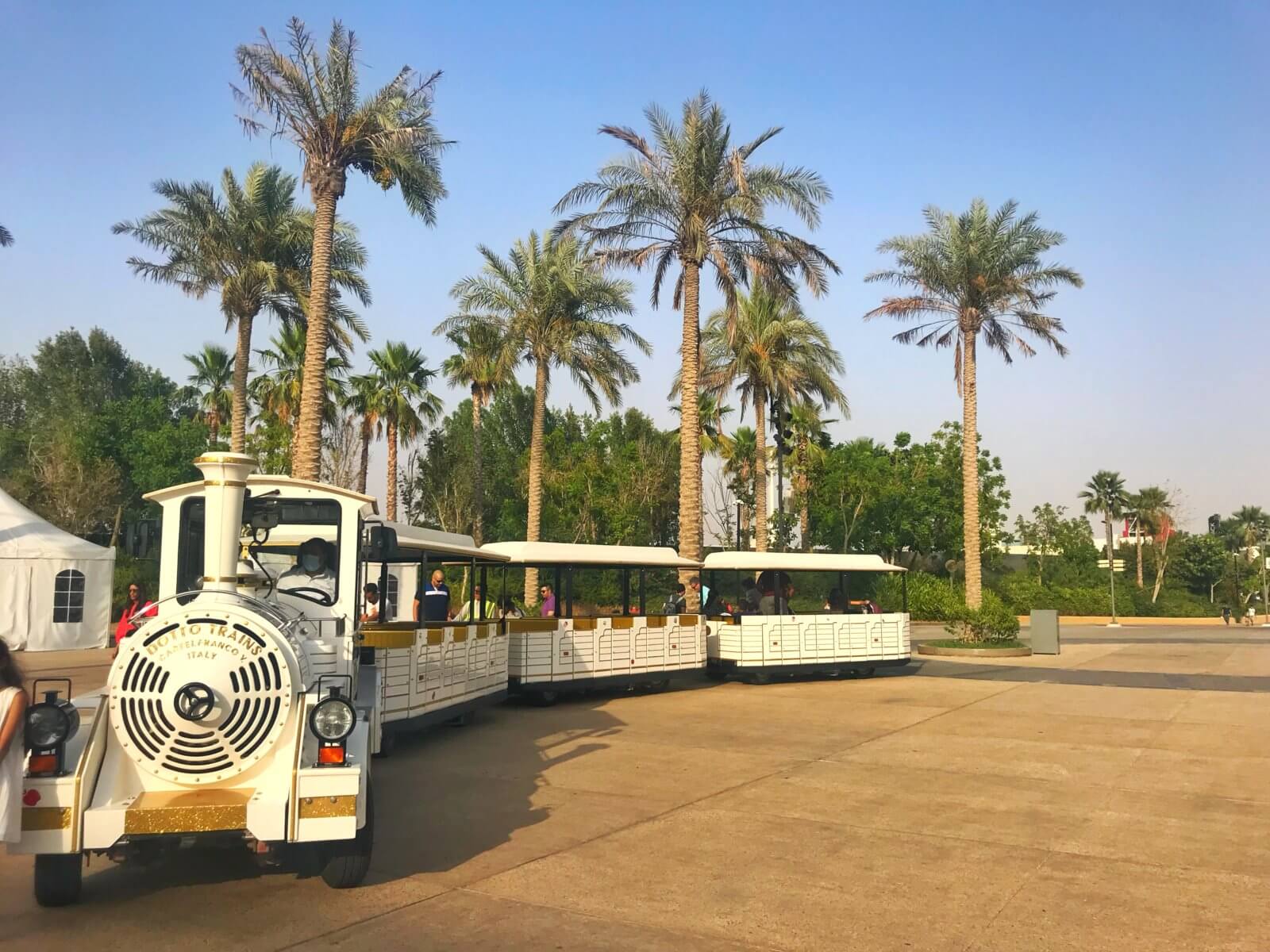 To make the most of your visit to Dubai Parks and Resorts, you have the option to buy a 1 day-1 park pass, 1 day-2 park pass or 2 days-all parks pass. I would not recommend that you visit more than 2 parks in a day. If you wish to spend more time in the area, you could spend a night (or 2) in Lapita Resorts, the only hotel in the vicinity of the parks. The parks are connected to the hotel and to each other (a little bit like Disneyworld in Orlando but on a much smaller scale, of course).

Within Motiongate Dubai Themepark, there are 4 main areas - Lions Gate, Columbia Pictures, Smurf's Village and DreamWorks. Almost all of DreamWorks in indoor and air-conditioned with areas that are designed beautifully to follow the theme of famous children's movies. 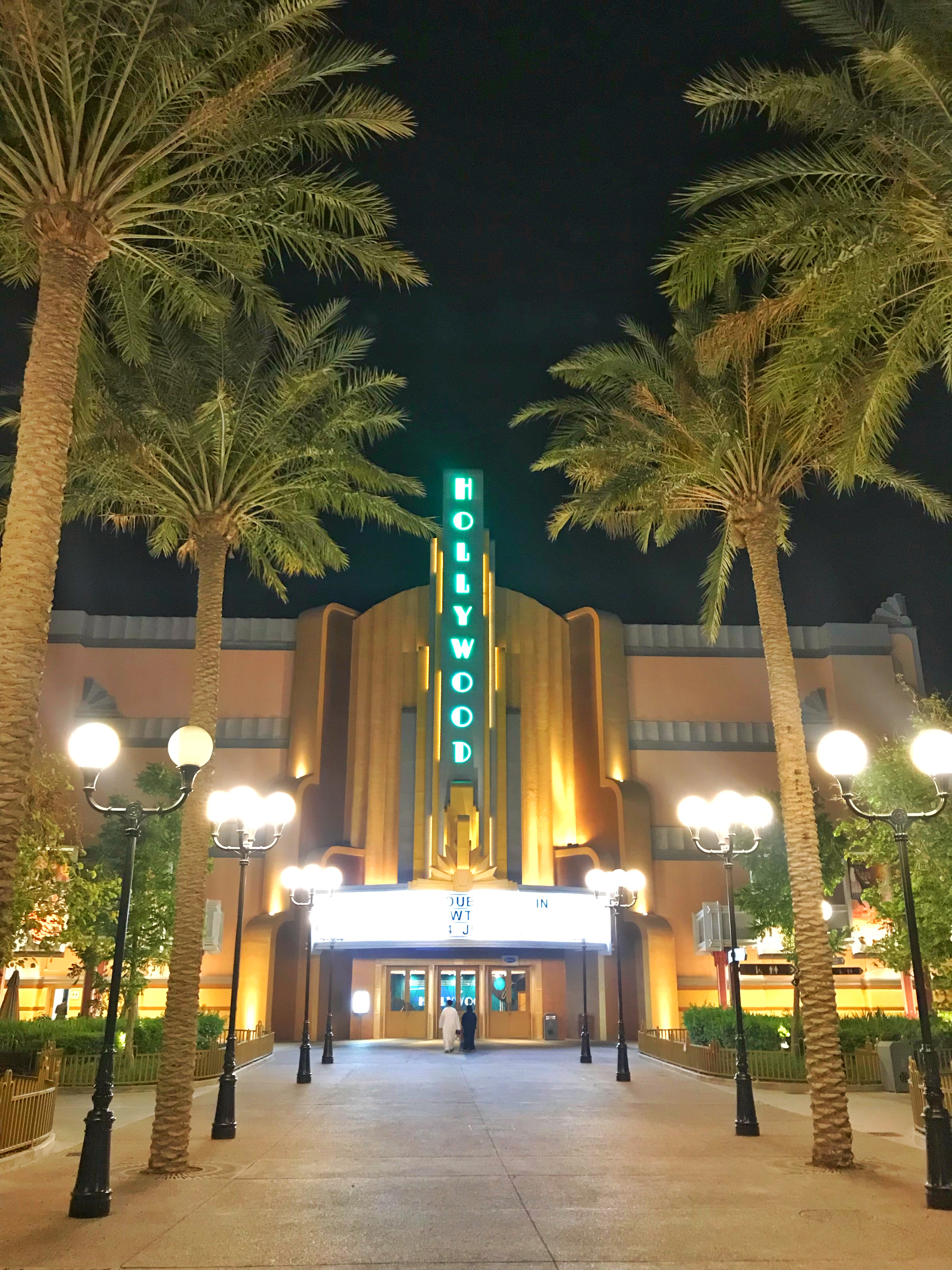 One of the easiest to cover areas because it has hardly 2 rides, this is also where you'll my favourite ride of Motiongate Dubai Themepark - Capitol Bullet Train. If you love super fast 360-degree roller coasters, this is the ride you need to get on! The best part? Once it climbs up the 90-degree pole, it falls backwards! If you enter the park and hear screaming, you'll know this is where it's coming from. For the not-so-adventurous, the 4D aerial tour of Panem, designed about the movie The Hunger Games, is a better bet.

Meant more for families and younger children, Smurf's Village is a fantastic place to walk around even if you do not have any kids with you. Restaurants and shops designed like the mushroom-shaped Smurf houses bring the place to life, transporting you into the little village from the movie. The rides, however, are targetted towards children in the age group 4 - 14 years.

If your child loves adventurous rides, then the kiddie roller coaster Smurf's Village Express is a good one to experience. Take a break and get some ice cream from the Luncheonette before you head to Woodland Play Park where the children can enjoy some climbing and other activities for the fun and outgoing ones. The interactive theatre and character meet & greet here is something the little ones will love! 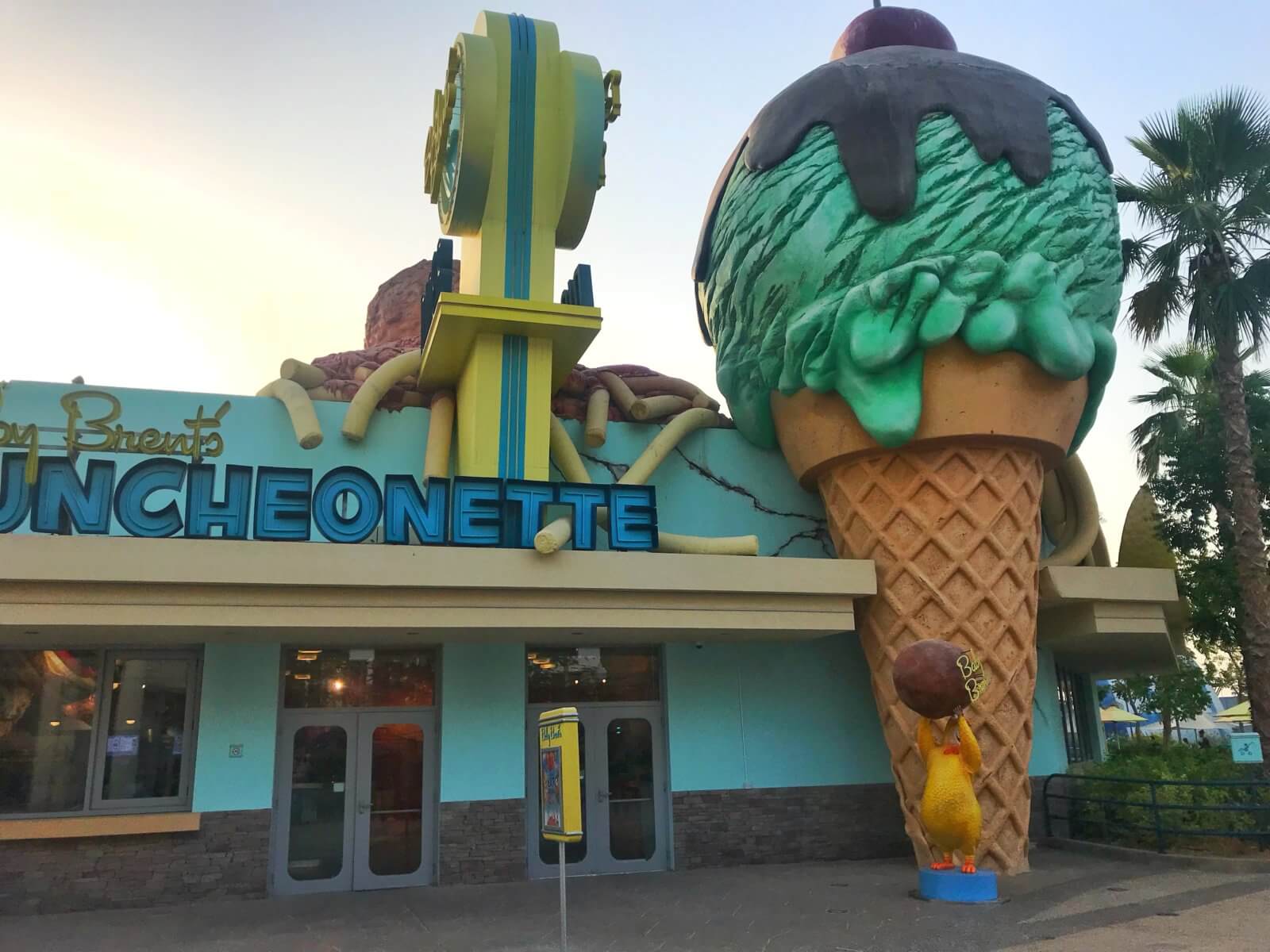 This was where my second favourite ride in Motiongate Dubai Themepark is located - Zombieland Blast Off. In case you haven't figured it out already, I am a sucker for crazy and adventurous rides and drop towers are my favourite, after roller coasters. A slow climb up a 58-meter tower followed by a sudden drop (several drops one after the other) is bound to lead to an adrenaline rush and some really loud screaming! 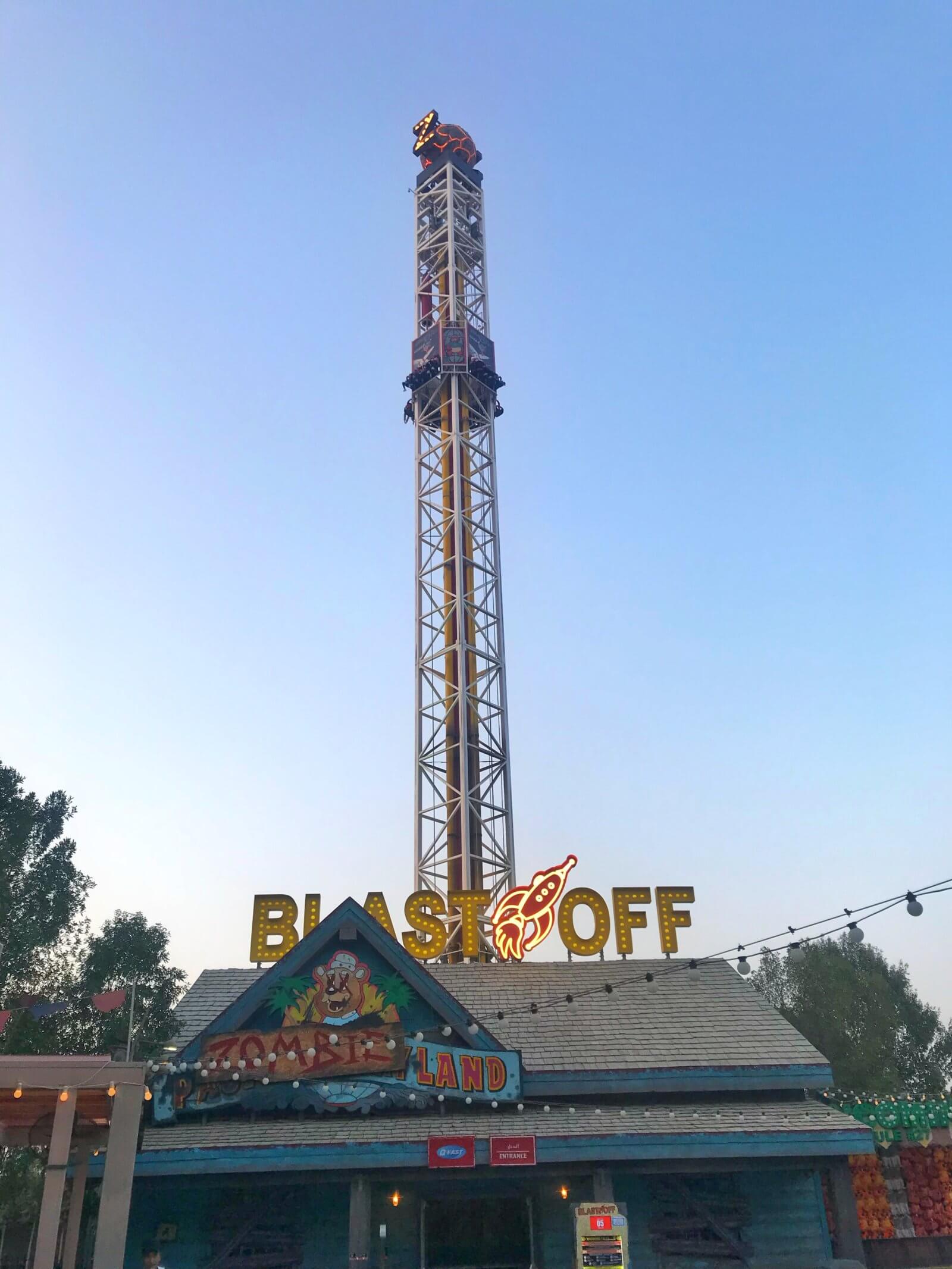 For the lesser adventurous - Green Hornet High-Speed Chase, a slow roller coaster, contrary to its name, might be interesting though I found it extremely disappointing, with not a single moment of feeling the weightlessness in your stomach that a good ride is meant to create. 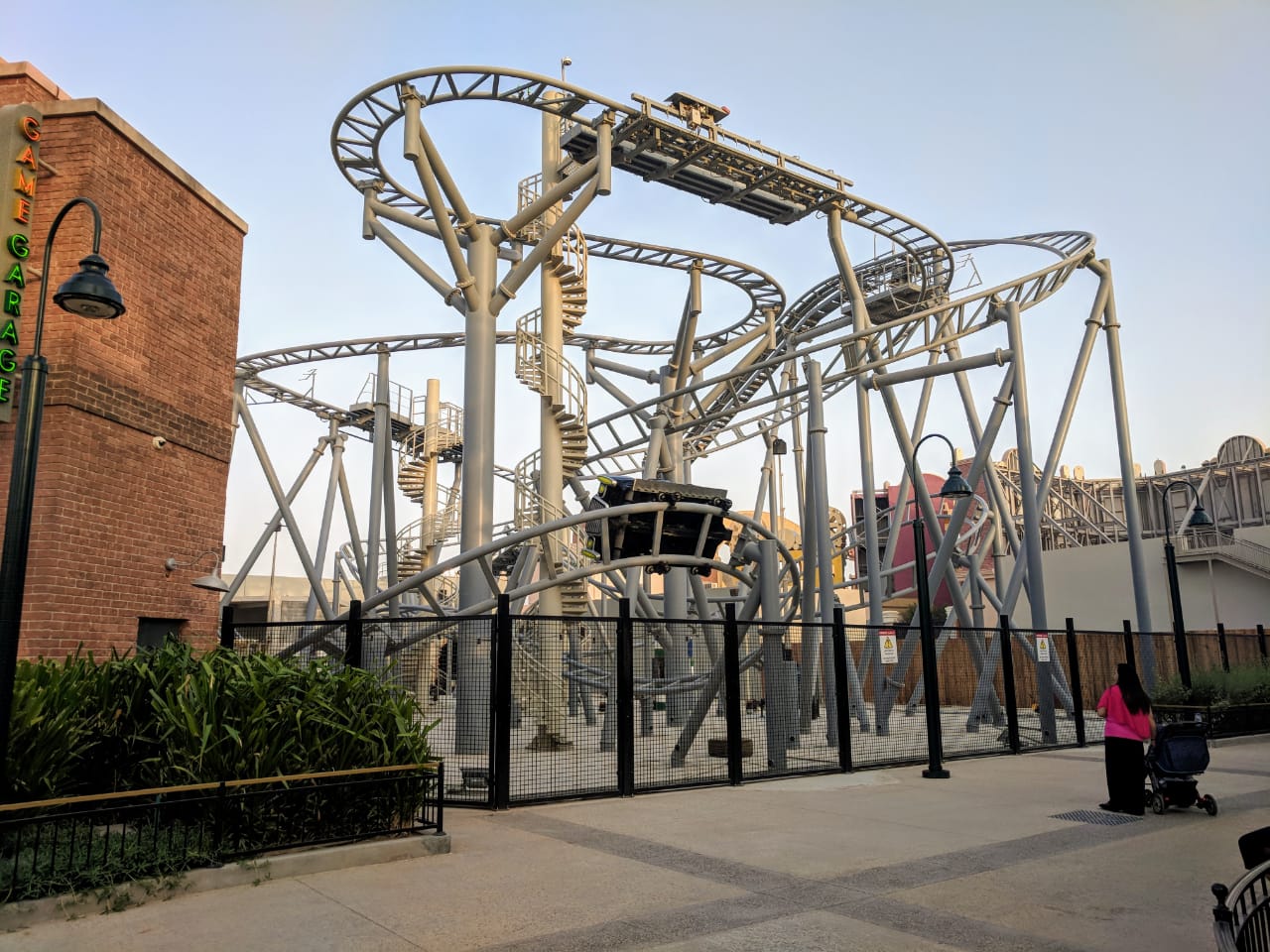 The River Expedition themed on the movie Cloudy with a Chance of Meatballs, is yet another ride meant for children and the ones looking for simpler rides. A large tube that can accommodate up to 8 people, flows through rapids and fountain sprays that might make you a little wet. Don't worry, it's highly unlikely that you'll get splashed too much or come out drenched! For the competitive little ones, Ghostbusters is a ride where you can test your aiming and shooting skills with a light gun, and compare the scores with your fellow riders. 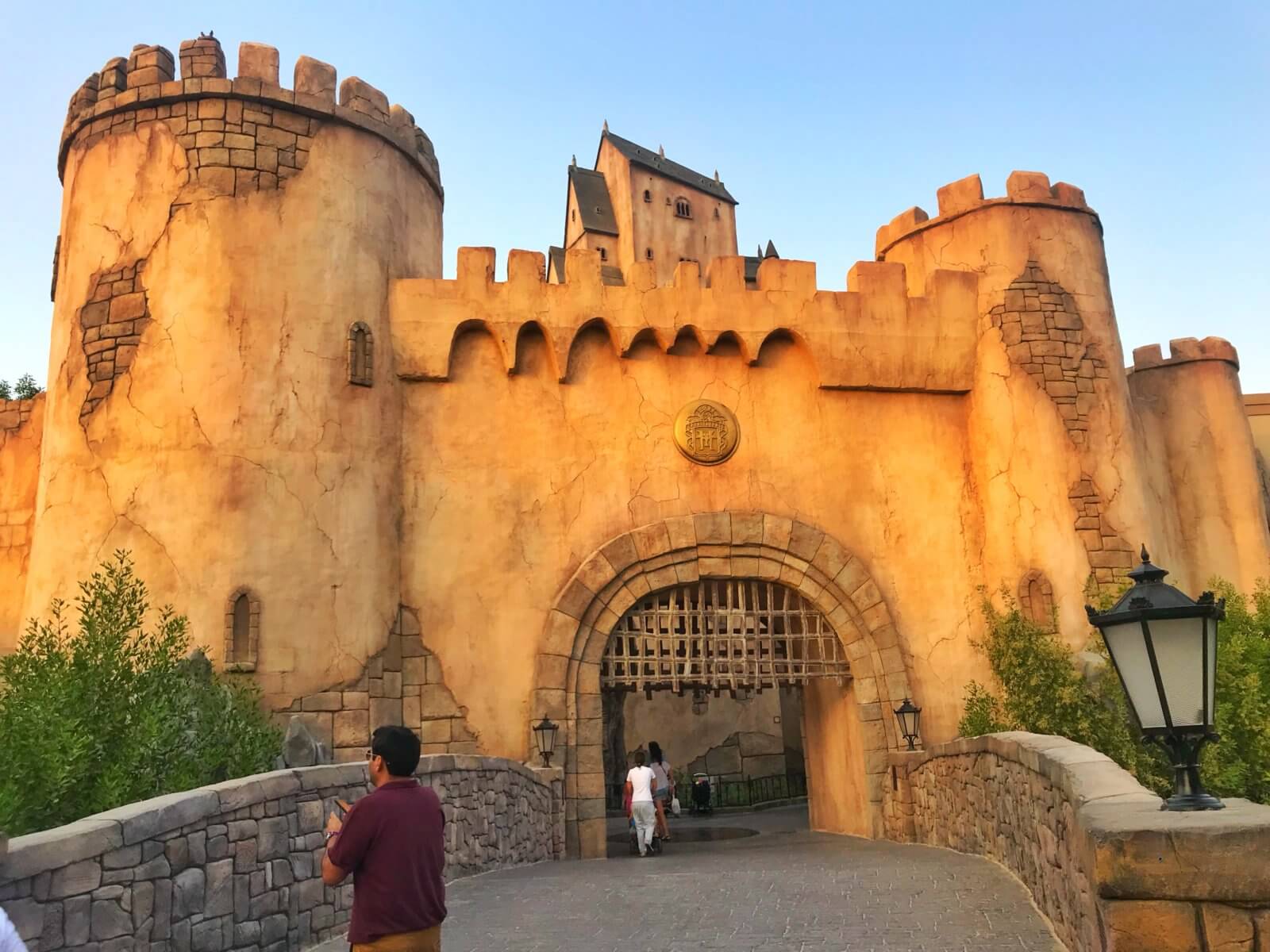 If it's really hot outside, you can begin your exploration of Motiongate Dubai Themepark at DreamWorks, which is fully indoors and air-conditioned. This was one of my favourite areas, not for the rides but for the interiors which are designed on four main animated movie themes - Kung Fu Panda, Shrek, Madagascar and How to Train Your Dragon.

I loved the opportunity to take a picture with some of my favourite animated movie characters right at the entrance to DreamWorks. Theme parks bring out the child in me!

Madagascar Mad Pursuit was my favourite ride in DreamWorks at Motiongate Dubai Themepark because the ride had many surprises along the way! All you can see from the outside is a small part of the rollercoaster, but the ride itself is pretty amazing. The best part - all the twists and turns are in the dark, totally unexpected and the best surprises come when you cannot see where you are going! It's quite the mad pursuit, as the name suggests.

How to Train your Dragon

I absolutely loved the ride The Swinging Viking, it reminded me of this popular boat-shaped swinging ride I used to enjoy as a little child in many events and fairs that we used to go to in India. A large wooden boat begins to swing from one end to the other, first really slow and then it picks up speed, reaching almost a 90-degree angle for those sitting in the corners. If you absolutely love the tingling sensation in your tummy, as I do, make sure you sit in the corner most seats! 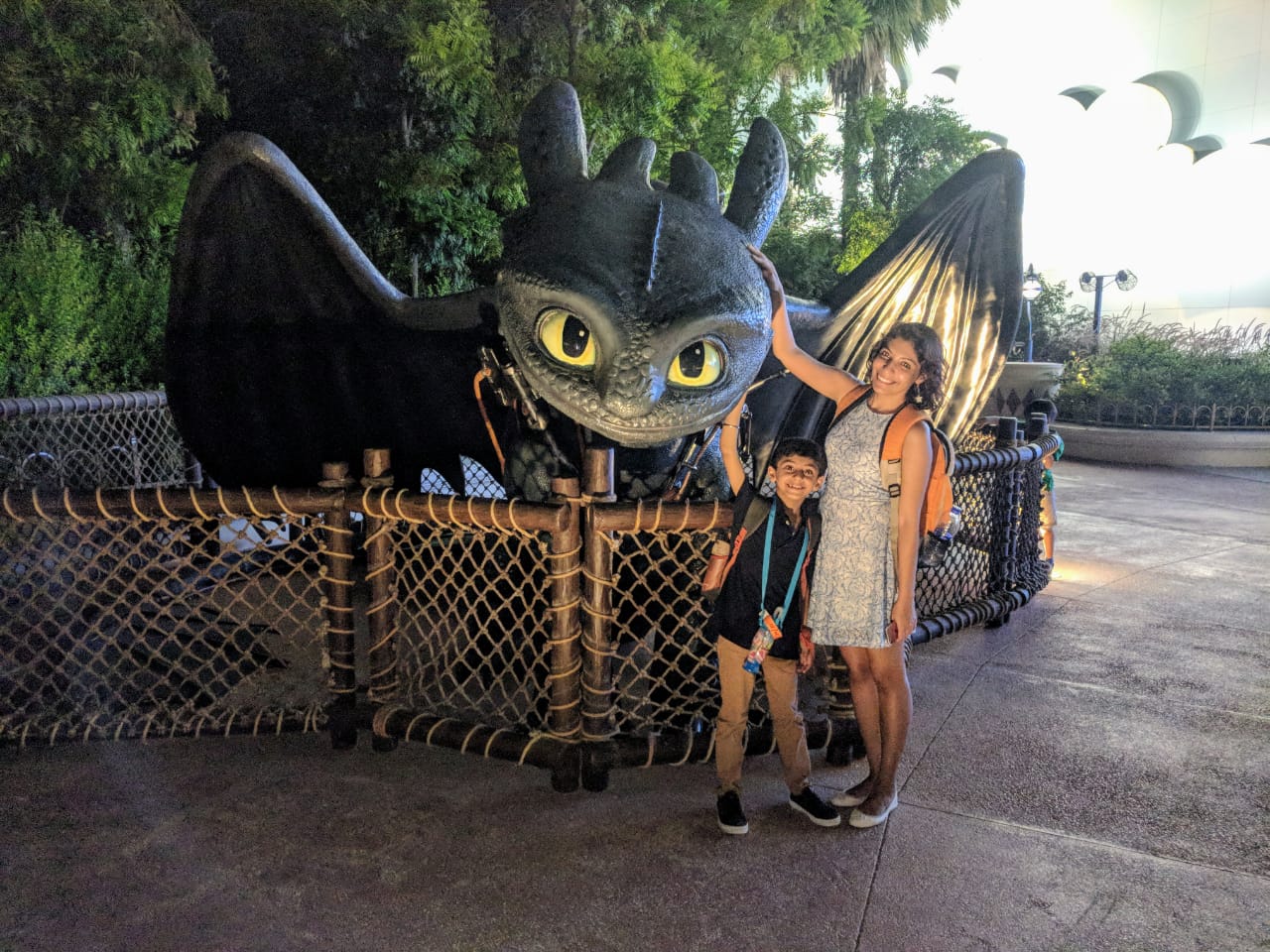 The little ones can enjoy gliding over recreated movie sets and special effects on the kiddie coaster - Dragon Gliders, which will bring back memories of the cute movie as you soar over on a dragon's back and immerse into the projections, animated figures and effects transporting you into the Viking Village.

Unstoppable Awesomeness is a nice 4D simulator ride that takes involves you in Master Po's mission to rescue Kung Fu's legends and you follow in the footsteps of Kung Fu Panda as his confidantes and helpers. Although not one of my favourite rides, the 3D effects and the overall experience was good, especially if you love Kung Fu Panda as I do!

Although not my favourite of the four areas in terms of the rides, I have special love for the characters of the movie Shrek and this made my visit to this part of the park impossible to skip! The moment you step inside the gates, you literally feel like you're in the movie and all the characters - Fiona, Donkey, Dragon and Lord Farquaad come to life! The Merry Fairy Tale Journey ride is like watching the movies all over again, with a recap of how Princess Fiona was rescued by her prince (rather an ogre) Shrek, how they fell in love, Lord Farquaad's attempt to steal his princess back, the revelation of Fiona's curse and the eventual love story that ensures between Shrek & Fiona as well as the Donkey & the Dragon. 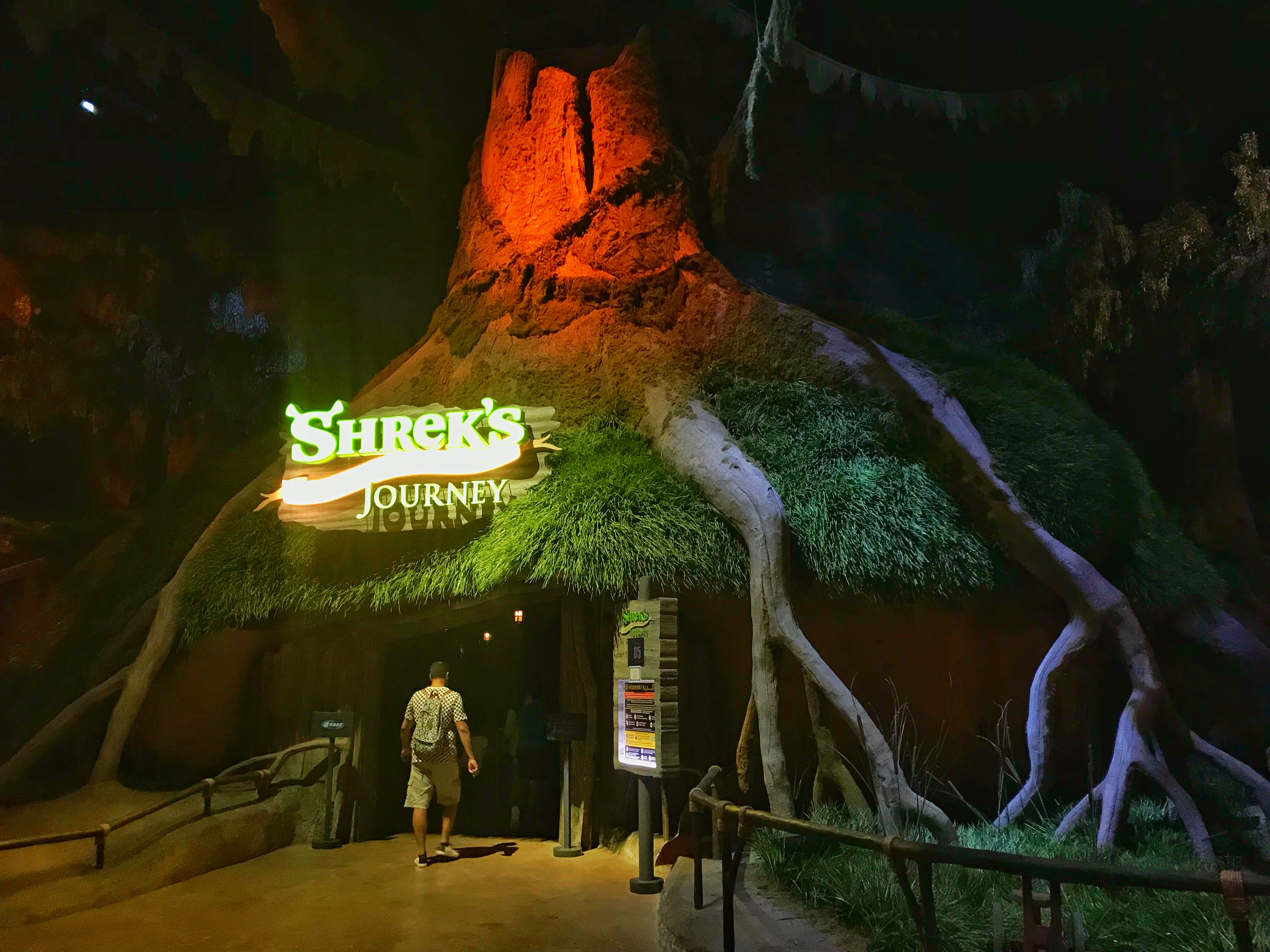 The Swamp Celebration is a fun spin ride in a wooden log, rocking and rolling in the virtual grass swamp that is Shrek's world. Do not expect anything crazy from the ride, it's a fun one for the little kids though!

If you're visiting the UAE, read about some seriously cool places to hang out in Dubai.

15 things you must see and do in Turkey
What to do on a day-trip in Agra, India
What to do in 48 hours in Tbilisi, Georgia