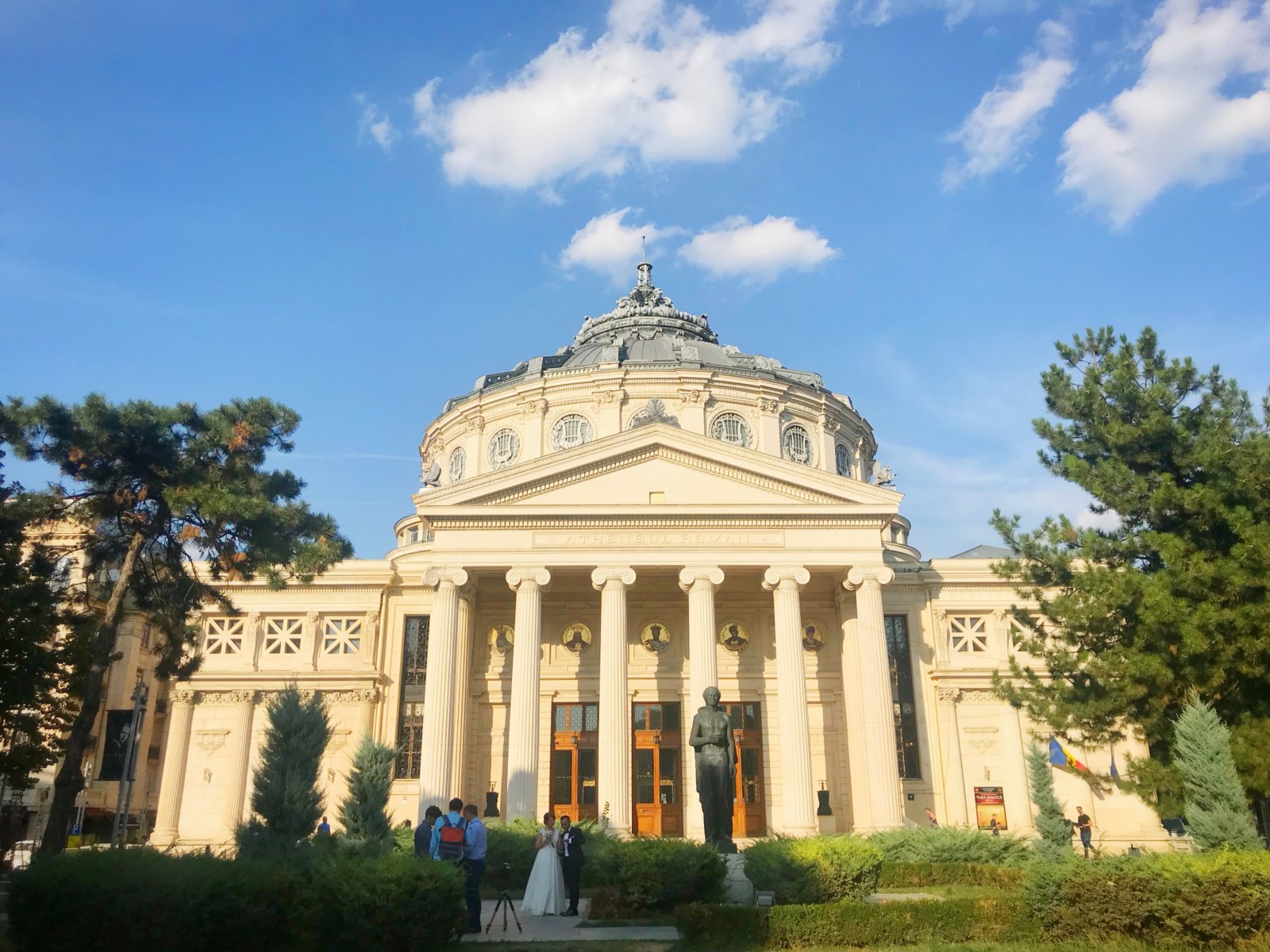 Bucharest has often been referred to as the Paris of the East in the past and if you're visiting Romania, you're likely to start your trip at the capital city (Bucureşti in Romanian), which will give you 24 - 48 hours to explore. Although I loved Transylvania a lot more because of all the history, landscapes, charming little villages and old towns, if you're a big city person, you'll love Bucharest too. Read on for information on What to do in Bucharest in 48 hours.

We often choose vacation destinations which are very different from the city where we live. I live in a big city with skyscrapers, lots of glitz and glamour, hardly any greenery or nature, almost no wildlife (barring a few Arabian Oryx, falcons and camels) and a great nightlife. I'm not complaining but when I travel, I prefer going to a place that has mountains, lakes, greenery, small villages and towns and a lot of history. For me, Bucharest was only the starting point of my Romanian journey and so I chose to spend some time exploring the city, before getting out to literally greener pastures, the bucolic scenes and historical treasures. 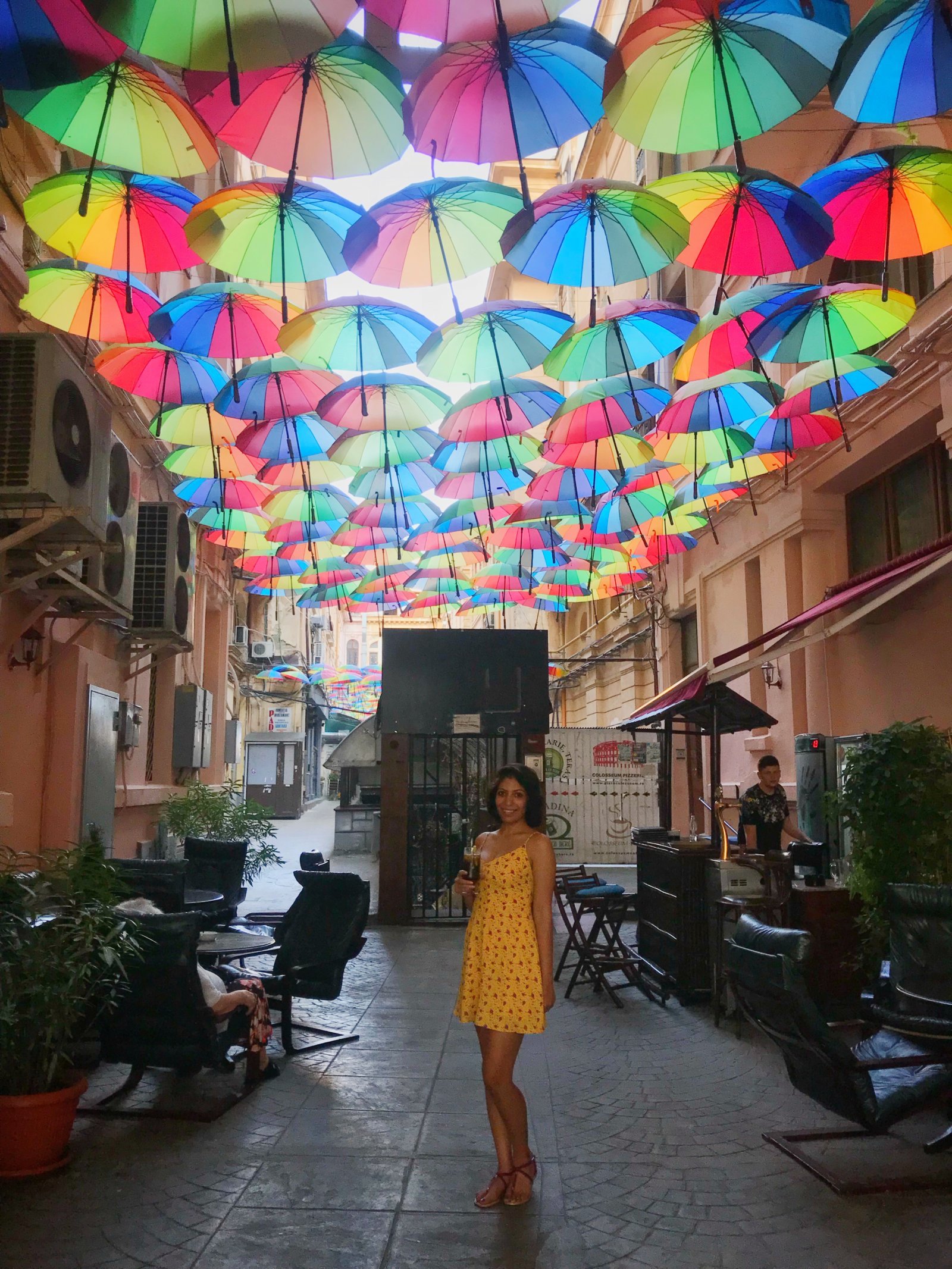 I was lucky to know a few locals in Bucharest (an old friend who showed me around while I was there and a new friend I made on my flight to Bucharest) who apprised me of the turbulent history of the country and the impact of communism. An insight into the city's historical past helped me better understand their culture, the architecture and people's lifestyle. Bucharest is dotted with several examples of the traditional, simple life of the people vs the crass changes that came about after communism, the account of the locals and their experiences and the aftermath of repressive government, which was finally overthrown in the late 1980s.

Today, Bucharest is a burgeoning city, with remnants of its past which can be seen in majestic buildings, old churches and monasteries. Great nightlife, a vibrant cafe culture, museums, cobbled stone streets and extensively spread green parks in the middle of the city are some things you can expect to see in Bucharest in 48 hours.

What to do in Bucharest

Perhaps the most buzzing part of the city, Bucharest's Old Town is not really that old. It is, however, as lively as any other Old Town you would've been to in Europe, with several patio cafes, bars, lounges, boutiques and souvenir shops along the way. The pedestrian street is surrounded by impressive buildings with admirable architecture.

While here, do visit Caru Cu Bere, a popular restaurant with authentic Romanian cuisine, offering a massive seating space, both indoors & outdoors. The building itself is a gothic revival building with some of the most impressive interiors that will take you back in time. Do not forget to try the local dessert - Papanasi.

Antique Hostel: Located bang in the middle of the Old Town, with easy access to the best bars, restaurants, cafes and the iconic monuments, museums and parks. You can also choose to stay in a private room.

#2 Walk along Calea Victoriei, from Dambovita river to Romanian Atheneum

This 1.5 km walk starts at the City Courthouse (near Piata Unirii), passing through some of the most iconic treasures of the city such as the National Museum of Romanian History, National Museum of Art, CEC Palace, Stavropoleos Monastery Church and Romanian Athenaeum. All these places are worth visiting, especially if you're into history, museums, art and architecture. CEC Palace is a landmark of architecture and history, a neoclassical masterpiece from the 19th century. The building is a bank so there really isn't much to see inside it but the majestic architecture, especially during the evening, stands tall and makes for a fantastic background for your pictures.

Stavropoleos Monastery Church, located in the middle of the Old Town, a little off from Calea Victoriei, is one of the few monuments in the city which survived all calamities and stands in the middle of the reconstructed new old town. Made in the Brancovan architectural style, you will almost stumble upon this little piece while walking in the pedestrian streets, and even if you don't step inside the church or its courtyard, you will love the rich stone carved roof and painted walls of the church's exteriors.

As you walk along Calea Victoriei, you'll cross two of Bucharest's most famous museums - National Museum of Art and National Museum of Romanian History. Due to the shortage of time (and my lack of interest in museums), I skipped them but you may choose to spend a couple of hours learning in detail about Romania's intriguing and tumultuous history or the growth of art in the region.

At the end of the road, you will reach the Romanian Atheneum. Built in the late 19th century, it is now used only for concerts and I couldn't get a chance to peek inside but even a photo of the building from the outside was totally worth it. There was wedding shooting taking place at the same time in the grounds and several other people sunbathing in the vicinity. From what I've heard, the interiors are equally majestic and display art pieces portraying Romania's history.

#3 Palace of the Parliament

An extremely controversial yet magnificent building in the city is of the Palace of the Parliament (or Casa Poporului). If you wish to see the building from the inside, a guided tour must be pre-booked. The building is so massive in its size that it is still half unused and inaccessible to anyone. An extravagant project that was taken on by the last Communist Leader and Dictator, Nicolae Ceauşescu’s, it received a lot of flack from the locals who felt their funds could have been better utilised. His dream, however, was to create the largest palace in the world and to achieve this, several historical and religious structures were demolished, including churches, monasteries and temples. After Nicolae Ceausescu was forced to flee in 1989, the incomplete palace was taken over to house the Parliament, which is what it is now used for.

Although I did not take a tour inside the building, it seems the palace has some really classy interiors with chandeliers, marble staircases, wooden balconies and masterpieces that were representative of the crassness of Nicolae's narcissistic dream. The building also houses the Museum of Modern Art, in case that might interest you!

A bit far off from the buzzing part of the city, Cotroceni Palace is the Presidential Administration's Head office and the President's residence. Unlike most other monuments in the city, this Baroque-style masterpiece can only be viewed if you're taking a pre-booked guided tour. Hidden by high walls that surround the palace, it is nearly impossible to access any part of the building unless you've bought a ticket at least 24 hours in advance and are carrying your passport/identity on you. A beautifully manicured garden and spacious, artistically designed interiors, an art collection of the royal family and a massive courtyard will greet you once you're inside the palace. Only a few rooms are open to the public.

Click here to fill the form online to apply for a visit to the Cotroceni Palace.

A commanding replica of the Arc de Triomphe, this is perhaps one of the biggest similarities between Bucharest and Paris. Although you can only admire it from the outside (you're not allowed to enter it or climb to the top), the resemblance is striking and surely makes for a great picture. It is located a bit further ahead of the Romanian Atheneum, so I wouldn't recommend you to walk unless you're in the mood to enjoy some warm sun and a long walk.

You will find it hard to believe that such wide spaces with several walking paths, lakes, and flora and fauna are present right in the middle of a bustling city. While Herăstrău Park is right next to Arcul de Triumf, Cismigiu is closer to the Old Town. If you're looking to spend some time in immense tranquillity, or enjoy a romantic evening walk along a lake, both these parks are your best bets.

Herăstrău Park, spread across 187 hectares around Herastrau lake, also houses the unique open-air Dimitrie Gusti National Village Museum. Showcasing the traditional life of the peasants through the kind of houses they lived in, their day-to-day activities, their work-life and social life through artefacts, an artificial village has been created to take one through the rural lifestyle.

Another lush green park with its own lake and even a bridge, paddle boats, meandering paths, benches to relax on, several cafes and a historical restaurant, is the Cismigiu Park.

One of my Romanian friends (a really nice guy I met on the flight) lives in Bucharest and he told me about the best bars and clubs to visit in the city. I couldn't make it to all (I hardly had 2 nights) but here's a list of places he suggested, which might be of use to you if you have longer: